Does Technology Help or Harm in Education? 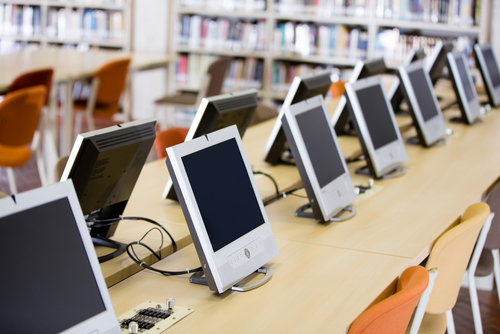 In an about-face of opinion that reminds us of Thomas Gradgrind, a former guru of technology-in-education has changed his mind completely.

In Hard Times, a novel by Charles Dickens, Mr. Gradgrind famously believes that in the brand new technological age known now as the Industrial Revolution, everything can be measured scientifically—even the value of a human life. By the end of the novel, however, he realizes that this is not true and bases the remainder of his life choices on faith, hope, and charity.

Similarly, Kentaro Toyama, a former Microsoft employee, spent a great deal of time working very hard to bring technology to the classrooms of needy schools around the world, believing this to be the tool that could help bridge the achievement gap. Now he believes the opposite: The real keys to strong schools are good teachers and principals, and computers might actually make a bad situation worse.

No less a figure than Arne Duncan, the United States Secretary of Education since 2009, has said, “It’s no exaggeration to say that technology is the new platform for learning. Technology isn’t an option that schools may or may not choose for their kids.” Secretary Duncan talks glowingly of the cases where school districts have embraced technology, even going so far as to put a tablet or laptop in the hands of every student. Toyama took the idea of technology in the classroom and went worldwide with it. In India, he and his colleagues saw that there were few computers in schools and that many students were having to crowd around one computer. To address this, he and his team came up with a new technology called MultiPoint, which is sold by Microsoft as “preparing students to compete in the 21st Century—affordably and effectively.” Both Microsoft and Secretary Duncan argue that access to technology is critical to making sure students are prepared to enter the global economy. Mr. Gradgrind, all over again.

According to Toyama, however, we are looking at this the wrong way. When he and his team piloted MultiPoint in India, they chose a high performing school with good teachers. He and his team made themselves available to help, offering additional pedagogical assistance when there was a gap. Success was easily measured—and easily achieved. However, after the pilot, Toyama’s team chose troubled and poor schools, and the results were by no means as rosy. In many cases, he found that the teachers were losing teaching time because they had to troubleshoot the technology. Of course, these poor schools did not have an IT team that could come in and help.

It is not the technology itself that can help or harm, according to Toyama. Instead, the technology augments what is already in place. In a high-performing school, students will perform even higher. In a poor-performing school, students will perform even less well. Homeschooled students using online technology will see the same results; if they are self-motivated, they will do well, but if they are easily distracted then Angry Birds will see a lot of attention.

In Secretary Duncan’s speech, he lauds a classroom he visited where all the students were working hard in small teams at their computers. He proudly states that you could hear a pin drop. That would hardly be a good example of Socratic dialogue in practice. Instead, it represents a perfect example of what Toyama notes in his article. Even when used well, he says, technology may not be beneficial because the teachers encourage the students to copy and paste what they find online into a PowerPoint presentation, not to explore further and challenge what they are reading.

Toyama argues that the key is the human element of the teachers, the principals, and the parents. If the teacher is not strong, technology will not help them and will instead become a barrier they have to overcome. In other words, let us invest in technology, yes, but only after we have invested first in good teachers.—Rob Meiksins