Don’t Count on Organizing for Action for Campaign Finance Reform 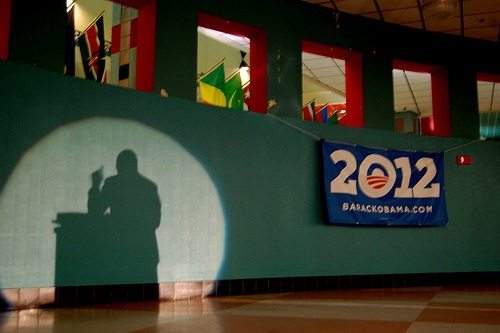 Do you think that Organizing for Action (OFA), the new political advocacy organization created from the reelection campaign apparatus of President Barack Obama in order to the president’s legislative priorities, has included campaign finance reform in its agenda? Guess again.

The 501(c)(4) OFA will reportedly be collecting big money from wealthy donors and corporations and using members of the Obama 2012 national finance committee to link up with funders. Word is that bundlers are being asked to reach $500,000 target thresholds and top donors will get to attend quarterly OFA meetings that President Obama is slated to attend. Half of OFA’s intended $50 million budget is supposed to be raised by these bundlers, according to Nick Confessore of the New York Times. An OFA “founders summit” scheduled for March 13th includes a $50,000 per person event where OFA planners also hope to include Obama’s presence as a draw.

Not only will the OFA (c)(4) be able to raise unlimited amounts of money, but the fundraising will be accompanied by limited transparency. As a (c)(4), there is no legal requirement for OFA to disclose its donors. OFA organizers say that they will pursue a donor transparency regime that goes beyond what is required by statute by releasing the names of donors, but with the amounts of their contributions will only be identified in terms of ranges, not actual dollar mounts. The Washington Post’s Tom Hamburger notes that one public accountability-minded critic points out that this level of disclosure is less than what many corporations have already said that they will report for their shareholders. No wonder Bob Edgar of Common Cause has called on President Obama to shut OFA down, as NPQ noted yesterday. “It just smells,” Edgar has said.

OFA has already made its first ad buy, targeting Republicans on gun control issues, so we checked the OFA website and could find no list of donors who paid for those specific ads. On the OFA “FAQ” page, we find two Q&As related to disclosure:

“Will OFA publicly disclose its finances?

Yes. While not required by law to report its finances, OFA will make full and regular disclosures over the course of the year of donations received.

Where will these financial disclosures be made?

OFA will post these disclosures to its website on a schedule to be announced in the near future.”

Given an ad buy of close to six figures on gun control, OFA could have probably established a precedent by releasing the names of donors and their donation amounts before, rather than after the fact, but it didn’t.

As such, it doesn’t look like OFA will be a poster-child for a campaign finance campaign. Democracy 21’s Fred Wertheimer called OFA “an unprecedented vehicle providing a whole new entry point for corruption by individuals and companies that may seek to buy influence with the administration. It will either lead to scandal or the appearance of scandal.” While the White House has responded to the OFA fundraising plans to suggest that big donors to OFA wouldn’t get automatic access to President Obama, the White House did not dispute the notion that $500,000 donors or bundlers would be invited to quarterly OFA meetings attended by the president.

The key is going to be the specifics—and the timing—of OFA’s disclosure of donors, donations, and expenditures. If it turns in disclosures only long after the fact of actual OFA expenditures, or if the ranges are too broad to be useful, OFA will be letting down many of the voters of this nation who would like to see campaign finance reform added to the Obama legislative agenda.—Rick Cohen