“Don’t You Dare Come Back.” 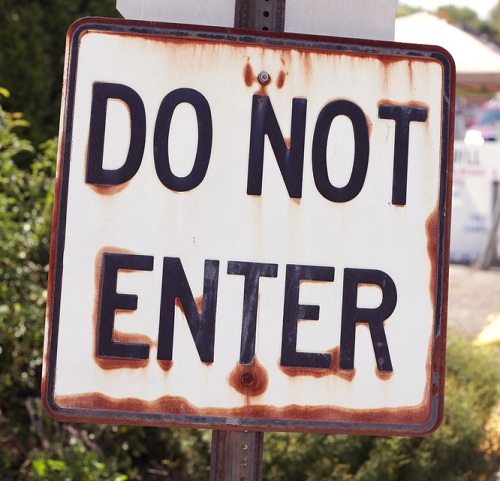 Last week’s conviction and sentencing of 43 people in Egypt for fomenting unrest because they worked for NGOs that received funding from U.S. and German interests still resonates for us. Heba Morayef, the Egypt director at Human Rights Watch, has written a very sober analysis of the Morsi government’s proposed new draft law for overseeing NGOs.

She argues that the latest draft, while an improvement on a previous version that she called “horrific,” still violates international law by making membership in an unregistered organization a crime, and then establishing potentially criminal penalties for “membership in an illegal organization.” She says that the draft law “is still deeply repressive and violates Egypt’s international obligations.”

The obvious parts of the law that are objectionable in anyone’s terms include the Egyptian government’s right to deny NGOs access to international and domestic funding and its ability “to object to any of the activities of Egyptian and international organizations.” Why is access to international funding important? As Morayef notes, “Foreign funding has always been [the Egyptian human rights community’s] lifeline because, under Mubarak, Egyptian businessmen didn’t dare fund a human rights organization.” It looks like Morsi is continuing some of Mubarak’s kinds of controls over NGOs, what she characterizes as a “deep-seated official paranoia about the role of international organizations in Egypt.”

The prosecution of the 43 NGO workers started not under the Morsi government, but when the post-Mubarak military junta was in control. The advent of Morsi and the political dominance of the Muslim Brotherhood didn’t reverse the nation’s policy toward NGOs. Rather, that policy has grown harder. The NGO employees had to endure charges of being foreign spies—not a charge to be taken lightly—and a call for their execution by a member of the Egyptian parliament. The world press focused on Robert Becker of NDI as the non-Egyptian worker who stayed to fight the charges, but he was actually one of two of the 28 foreign-born workers who stayed. The other was a young British-born, half-Egyptian woman, Hafsa Halawa, who was sentenced to 12 months in prison, though the sentence has been suspended for three years. Halawa was still in Egypt last weekend, according to a Guardian report, though it doesn’t seem likely that she’ll be able to return to her work at NDI after the conviction.

Halawa, Becker, and their colleagues faced serious problems and hard choices with the charges they faced in the Egyptian judicial system. Their choices were full of risk, hardship, and potential danger.

Remember the three U.S. hikers, all with histories of working with social justice-oriented NGOs, who were taken into custody by Iranian border guards while visiting a Kurdish tourist attraction in Kurdish Iraq and held as spies? Of the three, the one woman was released after one year in detention; the two men weren’t even tried until two years after their capture, when they were sentenced to eight years in prison for illegal entry and espionage. (Two years in prison while awaiting trial might seem outrageous to some, but their own Iranian attorney pointed out that the penalty for conviction for espionage in Iran isn’t imprisonment, but execution.) After their conviction, they were released, ostensibly as a humanitarian gesture by the Iranian government, though through the government of Oman, Iran seems to have received over $1 million in “bail.” Isn’t it entirely possible that the Morsi government, shakily governing turbulent Egyptian society, might have treated Halawa and others equally as severely as Iran dealt with the wandering hikers?

In repressive governmental settings, charges of fomenting civil unrest and espionage aren’t to be taken lightly. Put yourself in the positions of the 43 NGO workers arrested in Egypt. How would you have dealt with the potential of imprisonment or worse?—Rick Cohen