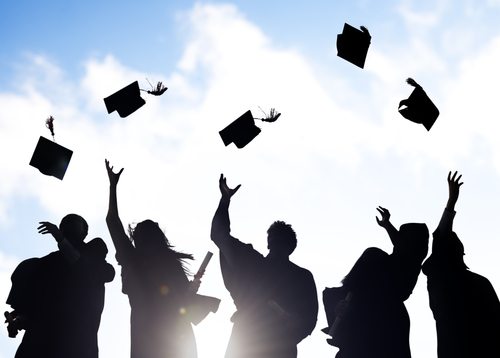 Despite the growing need for increased education and advanced degrees to secure jobs, only 59 percent of students who begin college as freshman at a four-year college receive their diploma within six years. Students who come from low-income backgrounds are even less likely to graduate—if they even begin at all.

“Low-income students face barriers to college success at every stage of the education pipeline, from elementary school through post-secondary education, sometimes in spite of their academic achievements,” a White House report stated.

At the forefront of reasons for college dropout is the cost—and not just the cost of tuition, but the costs of books, materials, transportation, and housing. Tiffany Mfume, who oversees Morgan State University’s student retention efforts, discovered that many students who had stopped a college degree program were incredibly close to meeting their financial obligations. She determined that 10 percent of students who were “stopped out”—putting their academic careers on hold until they were able to pay—owed the college less than $1,000.

Tuition and fees at public and private colleges continued on an upward trend and increased in 2013 even though the growth was smaller than in past years. The issue bigger than tuition is the net price of college. That is, what students actually pay after grants, scholarships, and taxes are subtracted. This is due to the fact that the growth in financial aid has not stayed parallel to the increase in college tuition.

“Some parents are able to provide their children with the financial resources necessary to pay tuition and fees … without serious difficulty,” says the College Board report on trends in student aid. “For many others, postsecondary education would be out of the question without generous subsidies from the government, their colleges and universities, or other sources.”

Some schools, such as Harvard University, have created programs to boost applications and attendance from highly qualified low- and middle-income students. Harvard is using social media with in-person outreach and financial aid to increase the likelihood that low-income students will begin and graduate with a degree. Other colleges have started fundraising campaigns to close the gap. At Morgan State, a $5 million campaign was launched, with the college’s president pledging $100,000 of his own money toward the effort.

But in the end, if this country does not address the ever-widening gap in income and asset inequality, no amount of special programming will close the graduation gap. Studies like this go a long way towards explaining the marked lack of economic mobility in the United States.—Erin Lamb