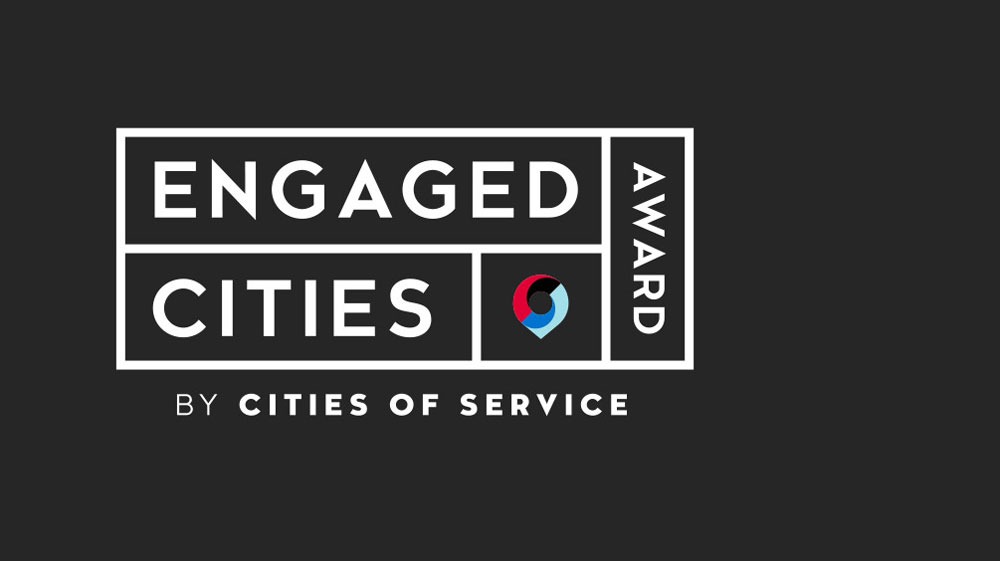 Many cities have the goal of increasing civic participation. While the foundational principles of democratic institutions and processes require such public engagement, often the link between government and community is symbolic, watered down, and doesn’t truly represent the public’s interest. As a result, many people feel disconnected from the public discourse, magnifying a diminishing trust in democratic institutions.

While federal and state level governments pose distinct challenges to authentic engagement, city governments stand out as leverage points. Given that 80 percent of the US population now lives in urban areas, the opportunity for cities to usher in a new era of transformative, inclusive, and authentic civic engagement is tremendous. This opportunity to truly blend representative democratic principles with policies, programs, and actions is one that many nonprofits recognize and are beginning to pursue. Cities of Service, a nonprofit that supports public leaders in creating and replicating civic engagement strategies, is at the forefront of promoting a restored relationship between government and the public at a local level.

Last week, Cities of Service announced 10 finalists for the Engaged Cities Awards, a program dedicated to highlighting innovations in city government that actively engage citizens in solving a public problem. The program is in its second year and is underwritten by the Bloomberg Philanthropies. This year’s international group of nominees offer inspiration to nonprofits seeking solutions to engaging their constituencies in tackling complex social problems.

The nominees this year range from urban farming of vacant lots in Atlanta, to supporting resident led sustainability efforts in Lakewood, Colorado, to a civic bridge program in San Francisco focused on engaging private sector volunteers to develop solutions for public challenges. Here is the full list of nominees:

Some of the nominees this year, such as Flint, Michigan, created digital tools to more effectively engage the public. In Flint, the city, in partnership with Genesee County Land Bank and Imagine Flint, developed the Flint Property Portal to collect data on blighted properties with the goal of improving neighborhoods. The integration of technology into civic engagement is burgeoning, as the field of civic tech’s 25-year history is now at a critical juncture, growing at an astonishing rate over the past decade. Nonprofits such as Civic Hall are venturing into the civic tech space, with the goal of expanding collaborative solutions through technology that advance the public good. To that end, Civic Hall and partners have developed the Civic Tech Field Guide, a crowdsourced, global collection of civic tech tools and projects from more than 100 countries.

While nonprofits like Civic Hall emphasize technology, Cities of Services focuses on building relationships with mayors of cities throughout the world who comprise its coalition. To date, more than 260 cities from three continents representing more than 73 million people participate in Cities of Service coalition. It is from this pool that Cities of Service received more than 100 applications for the Engaged Cities Award. This group also contributes heavily to the many featured resources on Cities of Service website, which focus on providing step-by-step guides to city officials to implement strategies such as the Chief Service Officer model, citizen-sourced data, and budgeting for outcomes.

In addition to Engaged Cities Awards, Cities of Service boasts multiple initiatives geared towards advancing citizen engagement. Recently, through a partnership with AARP’s Livable Communities Program, Cities of Service awarded $150,000 to six US cities through its Experience Matters Program. This program’s goal is developing volunteer initiatives that engage older adults in efforts to address public problems related to the drivers of poverty, and builds upon AARP’s Livable Communities Program, which NPQ wrote about last November in a newswire discussing creative placemaking. Across all of Cities of Service’s programs is a commitment to increasing communication between the community and local government, with the intent of fostering collaboration to solve problems.

More broadly in the nonprofit sector, the issue of representative and authentic community engagement is not new. As NPQ highlighted this May with its republishing of the December 2012 feature “The Road Less Traveled: Establishing the Link between Nonprofit Governance and Democracy,” many nonprofits operate with a “democratic deficit.” This means that nonprofit boards have an absence of democratic structures at the governance level, leading to strained decision-making capacities coupled with a failure to accurately represent the larger community. While board composition is zeroed in as an essential component for true representation, it is also a springboard for civic engagement more broadly, as it is a training ground for community members to gain tools, strategies, and knowledge. Furthermore, the practice of participatory representation “provides a direct mechanism for getting input from constituents on important governance decisions.”

In addition to direct governance concerns, as nonprofits seek to better understand the changes they seek to make, engaging their core constituencies not only leads to better programmatic outcomes, but also fundamentally informs their overall evaluative practice and strategy, which is featured in NPQ’s current Advancing Practice Series. Vertically integrating engagement has the potential to inform practice, shift perspectives, and uncover emergent needs that can permit nonprofits to be more adaptive to the communities they serve. Ultimately, more effective engagement at both the city level and in nonprofits leads to more relevant interventions and solutions that accurately reflect community needs by integrating the voices of those most impacted.—Derrick Rhayn