You Are What You Eat: Big Soda’s Impact on Nonprofit Health Advocacy Groups 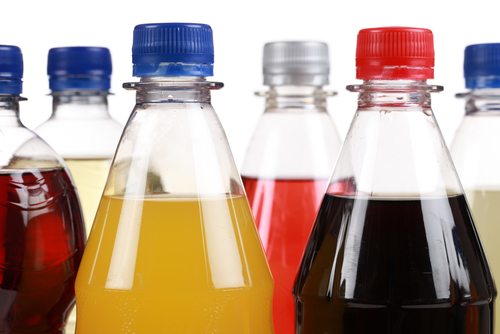 A new study has found that 96 national health and medical groups took sponsorship money from the soda industry—specifically from PepsiCo and Coca-Cola—between 2011 and 2015. These include the American Heart Association, the American Diabetes Association, and the Centers for Disease Control and Prevention. It also identified 29 proposed public health bills or regulations aimed at reducing soda consumption, against which those same funders lobbied. The authors concluded that at the very least, “by accepting funding from these companies, health organizations are inadvertently participating in their marketing plans.”

But is the effect of the funding perhaps even more pernicious than that? Does the funding tamp down the nonprofits’ willingness to advocate against their funders’ interests? The study describes how this may work:

Previous literature suggests that sponsorships of health organizations can have a nefarious impact on public health. Studies of alcohol company sponsorship and tobacco sponsorship suggest that corporate philanthropy is a marketing tool used to silence health organizations that might otherwise lobby and support public health measures against these industries. For example, Save the Children, a group that promoted soda taxes, suddenly dropped this effort in 2010 after receiving more than $5 million from the Coca-Cola Company and PepsiCo in 2009. Further, the principle of reciprocity suggests that sponsored organizations may not simply become silent, but may also support initiatives of soda companies.

Social psychologist Robert Cialdini explains that the human drive to reciprocate “possesses awesome strength, often producing a yes response to a request that, except for an existing feeling of indebtedness, would surely have been refused.” For example, the National Association for the Advancement of Colored People, which accepts money from Coca-Cola to administer a large public health initiative called Project HELP, staunchly fought Mayor Bloomberg’s proposed soda portion size limit in New York City.

They conclude that these dynamics “may shape the way Americans think about food and exercise.”

NPQ has written repeatedly about the seductive danger of funding that comes from a source that is misaligned and even contradictory with mission. More specifically, it has written a good deal about the history of the sugar and soda industries bankrolling nonprofits that might otherwise advocate against the business interests of those corporations. Some of those stories can be found here, here, and here.

In response to the study, both sides of the funding dyad rejected the idea of any one hand washing the other kind of relationship. The American Heart Association released a statement emphasizing its “efforts to reduce consumption of sugary drinks,” However, it concedes:

To achieve our goals, we must engage a wide variety of food and beverage companies to be part of the solution. As clearly evidenced by our work, under no circumstances does such occasional funding have any influence on our science and the public policy positions we advocate for.

The American Beverage Association, to which both Coca-Cola and PepsiCo belong, responded to the study with a statement:

America’s beverage companies are engaged in public health issues because we, too, want a strong, healthy America. We have a long tradition of supporting community organizations across the country. As this report points out, some of these organizations focus on strengthening public health, which we are proud to support.