Are You What You Eat? California Seeks to Find Out 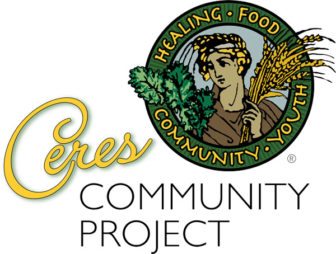 In Sebastopol, California, a city that’s a little over an hour’s drive north of San Francisco, the Ceres Community Project, explains Patricia Leigh Brown in New York Times, mobilizes 2,3000 volunteer teenage sous-chefs to prepare 518,000 meals a year for cancer sufferers and other chronic pain sufferers in need of healthy food. Brown notes that Ceres is “at the forefront of the ‘food as medicine’ approach increasingly embraced by physicians, health insurers, researchers and public health officials.

On its website, Ceres notes that its meals are free for those with low incomes, provide the nutrition essential to recovery, reduce stress and isolation, and improve long-term health outcomes. Ceres operates three kitchens and an organic production garden in the San Francisco Bay Area and has supported replication efforts in 12 communities.

The group, Brown adds, “is now participating in an ambitious, state-funded study to test whether providing daily nutritious meals to chronically ill, low-income people on Medi-Cal—California’s version of the Medicaid program—will affect their prognosis and treatment, or the cost of their medical care.” The study will include patients in four major California urban centers: Los Angeles, San Diego, Oakland and San Francisco.

“The interest in food as medicine is largely an outgrowth of the nutritional know-how acquired during the AIDS epidemic of the 1980s,” notes Brown. “Organizations like Project Open Hand in San Francisco and God’s Love We Deliver in New York City provided food to address the wasting syndrome that accompanied HIV/AIDS.”

The new study builds on earlier research. Brown notes that a Philadelphia study by the Metropolitan Area Neighborhood Nutrition Alliance found that Medicaid patients who received six months of medically tailored meals had $12,000 less a month in medical expenses than those who did not. A University of California, San Francisco (UCSF) study involving patients with HIV and Type-2 diabetes found that patients who got meals “were less depressed…and more likely to stick with their medications.” The cost of feeding the patients for six months was $1,184 per person, adds Brown, “less than half the $2,774 cost per day at a California hospital.”

At NPQ, we have commonly noted the importance of addressing the social determinants of health, “a fancy way of saying that health has less to do with doctor’s visits, medicine, and health insurance than you may think—and a lot more to do with addressing barriers that impact your health, such as poverty, environmental hazards, lack of access to healthy food, and a built environment that makes walking and exercise difficult.” Because health outcomes depend so heavily on social factors, your zip code is often the best predictor of your life expectancy; in New Orleans, for instance, life expectancy varies by 25 years depending on where you live.

Diet is part of this, of course. As Brown explains, “Poor people can have an especially hard time controlling chronic diseases, because they often eat cheap foods laden with sugar and salt and avoid costly fruits and vegetables.”

“Sometimes there is a short-term sacrificing of food to pay the rent, or they go without medications because they can’t afford the co-pay,” says Dr. Sanjay Basu, a Stanford medical professor who will be involved in the study.

Although medically tailored meals cost more than food out of a pantry, “it has the advantage of matching what we think people need to what they are actually getting,” says Dr. Seth Berkowitz, who teaches medicine at the University of North Carolina School of Medicine.

Daniel N. Mendelson, chief executive of Avalere Health, a Washington consulting company, says that, “If California’s large-scale demonstration with Medi-Cal populations reduces costs and provides proof of positive outcomes, every state will want to do the same thing.”

Dr. Hilary K. Seligman, a UCSF associate professor of medicine who is also involved in the California study, notes that “the critical epidemics of our day—obesity and diabetes—are diet related.” Medicine, she says, “accepts the most expensive procedures and medications without batting an eyelash.”

But maybe a healthier diet will achieve what expensive medicines cannot.—Steve Dubb