Ed Norton Has “Words” for Celebs in Charity Contest 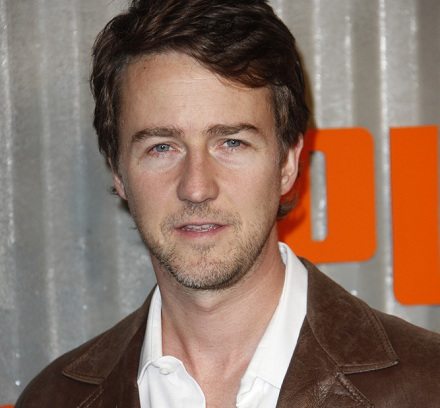 A slew of celebrities, including Edward Norton, Eva Longoria, Kristen Bell, Snoop Dogg, John Legend and Jonah Hill, are showing off their wordplay skills in a charity tournament of “Words With Friends,” the popular Zynga game that is essentially online Scrabble. The tournament runs through October 3rd. At stake is $500,000 in prize money from American Express that will be donated to charity. In the first round, actor Edward Norton, who is playing on behalf of the Maasai Wilderness Conservation Fund, will square off against Boston Celtics b-baller Paul “The Truth” Pierce, who looks to secure prize money for his foundation, The Truth Fund.

The Maasai Wilderness Conservation Fund “works to protect the legendary ecosystems and astounding biodiversity of East Africa through conservation that directly benefits local Maasai communities.” Pierce’s Truth Fund aims to “create awareness and sustainable programming for young people to start learning about healthy living—incorporating physical fitness and healthy eating, and encouraging a commitment/pledge of 60 minutes per day of physical activity.”

In an interview with the Associated Press, Norton sounded particularly confident about his chances, taking the opportunity to lob some pre-game trash talk Pierce’s way: “I think it’s going to be a tough first round for him…I think it’s great that he has a cause he supports, and I hope the amount he gets from just the first round is going to make him happy because I don’t think it’s going to go past there.”

Actress Kristen Bell and actor Jonah Hill will both play on behalf of Harlem Grown, which “connect[s] local public schools to the greater community through the use of common garden spaces and mutually engaging activities.” Snoop Dogg will put his wordplay to use on behalf of his Snoop Youth Football League Foundation, which strives to teach urban kids about “the value of hard work, determination and collaboration.” John Legend will play for the Show Me Campaign and its mission “to break the cycle of poverty” through working to “ensure that every child has access to a great education.” Eva Longoria’s prize money will go to her foundation, which “provide[s] Latina entrepreneurs with career training, mentorship, capital and opportunity.” Anyone can donate or fundraise for a team on Crowdrise. Who do you want to win—and is your choice based on the celebrity or the cause? –Mike Keefe-Feldman