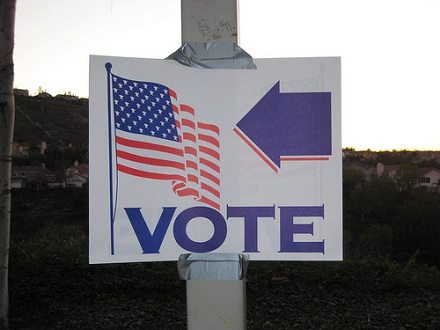 Politico’s Mike Allen compiles a daily list of news items for political junkies like us, often with lots of information for those of us who see politics through a nonprofit lens. One item in this issue of his Politico Playbook struck us as useful for explaining what the Nonprofit Quarterly’s opinion columns do. Sometimes, some of our columns get lambasted for leaning toward the Democrats and specifically toward President Barack Obama—except for those columns that take the president to task on issues of transparency, poverty, the environment, etc. Allen’s Playbook asked New York Times columnist David Brooks why he wrote a pre-election on-one-hand/on-the-other-hand analysis of the candidates without revealing exactly where he stands, much less suggesting to his readers how to vote. His explanation struck us as terse but very useful:

“Times columnists do not endorse; only the editorial page endorses. On top of that, I’ve come to the conclusion that I don’t trust myself to publicly support one candidate or the other. If I start advocating for one candidate, then I’ll start suffering (even more) from all the mental sins that go along with partisanship—the tendency to filter out unpleasant facts, the tendency to see reality in distorted ways, the tendency to fall into tribal thinking…Even though I’m an opinion journalist, I’ve concluded that I need to adopt a detached attitude toward the parties and the candidates in order to do my best to be fair to each. I’m not sure this is the necessary posture for all columnists, but it’s the one I’ve chosen. If there was a candidate who completely represented my worldview, it would be harder to preserve this attitude, but there isn’t.”

Similarly, we at the Nonprofit Quarterly take pride in being both opinionated and, in terms of political elections, nonpartisan. We don’t endorse or call for the rejection of candidates for public office, even when we find plenty of candidates whose stances and behaviors are beyond head-scratching. Certainly, each of us will go into the voting booths on Tuesday to exercise our franchise, but whether we vote Libertarian, Republican, Democratic, or Green, we won’t share that information with you or tell you whom we think you should vote for.

We will, however, tell you to vote, because if you don’t, you’re sacrificing your stake in the American political process. When you do, we hope you use your brains and tap your values as you check the boxes or pull the lever. There are, unfortunately, enough people as it is who hope that many people don’t vote or find their right to vote taken away tomorrow. If you believe in democracy, no matter what ideological wing you represent, you have to do your duty and go to the polls on November 6th.