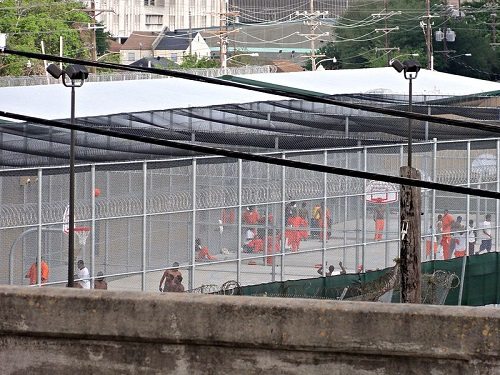 It is remarkable how many of the social impact bonds or pay-for-success projects planned or enacted here and in the UK address efforts to reduce prison recidivism. The wrong conclusion to reach from these projects, hopefully not intended by the SIB/PFS promoters, is that private investors such as Goldman Sachs are discovering evidence-based but relatively unrecognized programs to reduce prison recidivism, and that if not for the private investment, this arena of activity might not be getting the governmental attention it is receiving as a result of the SIB phenomenon.

It may be true that the typical governmental approach is more of the same, simply warehousing people in prison and hoping that the blowback from people unavoidably returning to prison after their release into the community won’t be too horrendous—or costly. However, the Council of State Governments just released a report this week that documents the very promising efforts of eight states—Colorado, Connecticut, Georgia, North Carolina, Pennsylvania, Rhode Island, South Carolina, and Wisconsin—that have actually achieved reductions in recidivism between 2007 and 2010. The report on these eight states follows an earlier CSG report that documented the reductions in recidivism achieved by seven other states between 2005 and 2007.

The distinction between these eight states and the two states that are pursuing recidivism-reduction programs with the help of SIBs (New York and Massachusetts) is that the CSG is documenting system-wide, statewide reductions in recidivism as opposed to project- (or prison-) specific efforts. According to the June 2014 report, “compelling evidence is now emerging that shows that recidivism rates for an entire state can indeed change.”

Several states have benefited from grants under the federal Second Chance Act to help states experiment with promising techniques in recidivism reduction. Among the tools and strategies adopted by these states are the following:

Perhaps in New York and Massachusetts, the SIB projects are experimenting with techniques that haven’t been considered by these states that have reduced prison recidivism—techniques so powerful as to warrant a return on investment for Goldman Sachs of 22 percent if Bloomberg Philanthropies weren’t guaranteeing most of its $9.6 million investment in the New York City SIB (or over 87 percent if the Bloomberg guarantee is factored in). However, if the programs work, the implication of the CSG reports is that these valid, evidence-based practices can achieve system-wide results. Should these states not try these techniques because they need private capital through SIB/PFS structures? Or would private capital through a SIB allow these states to do even more, even if the efforts are project- or place- (or prison-) specific?—Rick Cohen