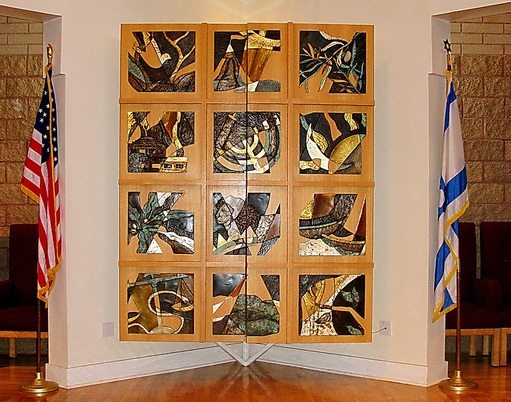 This very interesting piece from Joseph Berger, writing for the New York Times about the growth and influence of New York City’s Hasidic community, contained one particularly eye-popping item of interest to nonprofits. Amidst the stories of Hasidim asking for changes in city policies (such as keeping libraries open on Sundays because Hasidim cannot use the libraries on Saturdays, or protesting male lifeguards at a Williamsburg public pools because of their compromising the modesty of Hasidic women simply by their presence) or protections from city policies (such as the city’s questions about the health protections involved in a particular variant of Hasidic circumcision practices), Berger included this comment about Hasidic political involvement:

A politically astute new generation of ultra-Orthodox leaders has become savvy at navigating the halls of government, while the grand rabbis of Hasidic sects wield electoral power like few religious leaders can, turning followers into cohesive voting blocs. “No one can deliver votes like a rebbe can,” said Samuel Heilman, a professor of sociology at the City University of New York, who has written extensively about ultra-Orthodox Jews.

That power was evident most recently in last September’s primary for Democratic district leader in the area covering Williamsburg and Greenpoint. Two factions of Satmar Hasidim turned out at the polls in astonishing numbers for such a relatively obscure post, yielding a turnout of 11,000 votes, among the city’s largest. Many members of both factions admitted they did not know whom they were voting for but had been instructed to do so by their rabbis or yeshiva officials. The dominant Satmar faction made the difference in vaulting a candidate to the leadership.

The key line: “they…had been instructed to [vote]…by their rabbi or yeshiva officials.” This sounds like a pretty clear statement of Hasidic leaders using their religious institutions and positions to engage in partisan political activity.

The idea of religious entities endorsing political candidates from the pulpit (or the bimah in a synagogue) was recently given full-throated support by the Commission on Accountability and Policy for Religious Organizations, a project of the Evangelical Council for Financial Accountability. The ECFA report, delivered to Senator Charles Grassley (R-IA), was clear that many religions assume no demarcation between the sacerdotal and the political: “For some faith communities, engagement in political communications is inextricably steeped in their history and culture. That will not change. The IRS will not (and should not) enforce the prohibition in such faith communities en masse.”

An advisor to the commission, Erik Stanley, the senior legal counsel for the Alliance Defending Freedom, cited the role of black churches endorsing, he said, President Obama, as a justification for making the IRS’s tacit acknowledgement of the practice publicly accepted. “The report shows that black churches have, for lack of a better word, gotten away with it for many years,” Stanley said. “Simply put, this gets the IRS out of the pulpit.”

The report plays off of the vagueness in the law as to what is or isn’t permitted political activity, the IRS’s several years of reluctance to take any action against the pastors who publicly defy the rules annually on “Pulpit Freedom Sunday,” and the more recent controversies—as put by the report authors—about “the IRS’s admittedly improper handling of certain nonprofit organizations based on their political views…fuel[ing] perceptions of selective and inconsistent enforcement.” The report proposes that the law be changed to allow churches and 501(c)(3) public charities to endorse political candidates so long as the organizations’ political communications are made within the course of their otherwise tax-exempt purposes and do not involve the disbursement of tax-deductible funds (or, in practice, with “de minimus” expenditures of tax-deductible funds).

The report offers the practices of black churches as one of its justifications for this change: “This recommendation appropriately respects the reality of many African-American and other churches where communications and expressions about socially relevant topics, including candidates and campaigns, are central to their culture and character.” Substitute ultra-orthodox Jewish or Hasidic groups for African-American churches and the meaning is the same, especially in light of the stories that Berger described as the mix of cultural and religious issues of concerns to New York City’s Hasidim.

As the Commission report describes, church involvement in partisan political activity has been pursued quite broadly in religious circles with a wink and a nod from the befuddled IRS. Although the report doesn’t mention ultra-Orthodox groups, there are at a minimum many coincidences of Hasidic communities and political influence that come close to the culture/character issues in the ECFA report. One of the more controversial ones involved the U.S. Senate campaign of Hillary Clinton. During her campaign, she visited the all-Hasidic community of New Square, New York, which incorporated as a separate municipality in the 1960s because of the Hasidic community’s opposition to secular control from the town of Ramapo. After a political visit during her race against Rick Lazio, Clinton got 1,359 out of 1,369 votes cast in the Hasidic village, after which her husband, President Bill Clinton, commuted the sentences of four New Square residents who had been convicted of bilking the U.S. government out of $30 million for a nonexistent Jewish school.

Berger’s article should constitute a reminder that the wall prohibiting churches and public charities from partisan political activity is gradually disintegrating—and for some ultra-conservative religious activists, Jewish and Christian alike, it has been crumbling for a long time.—Rick Cohen