Eli Broad: My Museum Will Be Free 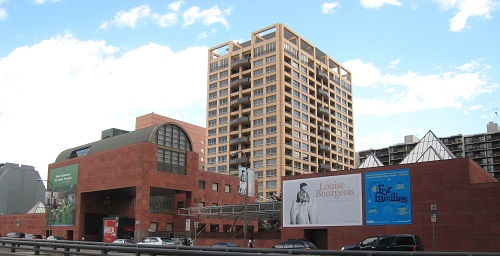 Saying that his intent was to ensure that his contemporary art collection would be seen by as many people as possible, billionaire Eli Broad announced yesterday that there would be no admission for those visiting the museum he’s building in downtown Los Angeles. The institution is to be named The Broad and it will be located directly across the street from the Museum of Contemporary Art, where he was a founding director and a major donor. He recently donated $30 million to MOCA and was credited with saving the museum

Some have worried that the new museum, which will cost $140 million to build, will overshadow MOCA, but Broad says he believes that visitors to one will also go to the other.

Broad has been involved in the development of the neighborhood where the museum is to be located. Speaking of his adopted hometown, “I’ve always believed that every city needs a vibrant center,” the 80-year-old Michigan native said, “and it occurred to me 50 years ago when we came here that Los Angeles was missing a vibrant center.”

Broad has been devoting himself to philanthropy since selling the Sun America investment firm for $18 billion in 1998. He is likely most well known for his giving to education through the Broad Foundation. NPQ imagines Mr. Broad has all of his bases covered, but we have seen more than one institution alter a donor’s intentions after the benefactor has died. See here and here.—Ruth McCambridge