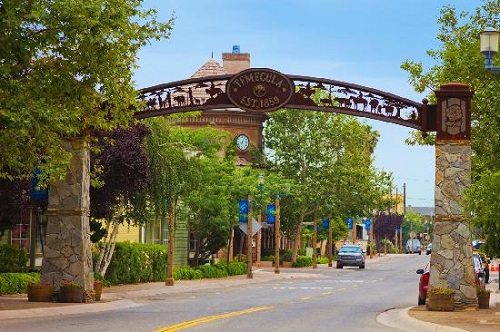 When a headline announces that a city will “eliminate” homelessness, you pay attention. That’s the headline for Aaron Claverie’s article in the Press-Enterprise about the newly announced plans of the city of Temecula, California. The first question that might be raised by that headline is whether “eliminate” means “solve,” or “house,” or simply “hide” or “move out of sight.”

What is Temecula’s homelessness problem? Mayor Maryann Edwards made the “growing homeless problem” a big issue during her election campaign, but it isn’t like there has been a flood of homeless into the city. As of 2013, according to the Press-Enterprise article, there were 80 identified homeless persons in the city, with 50 deemed “unsheltered”—that is, living in places not meant for human habitation, like parks or abandoned buildings rather than shelters or transitional housing.

The strategy, as proposed by city staff to the City Council, calls for collaborating with nonprofit organizations and churches, providing “comprehensive services that will provide support and a path to self-sufficiency,” and spending no taxpayer revenues. The program is “to eliminate homelessness in Temecula with a hand up, not a handout and to hold participants accountable for their actions,” according to a report from Kevin Hawkins, director of the city’s Community Services Department.

But which side of the hand will be held out? The Press-Enterprise article states that a major emphasis of the plan is to get the police, park rangers, and the city attorney to “increase surveillance and inspections of areas typically occupied by homeless/transients; provide consistent cleanup of problem areas; review legislation and recommend ordinances to mitigate aggressive solicitation/panhandling; and to have a continual, visible presence in order to deter unwanted transient behaviors.” In addition, the city plan will strategy will include an “‘extensive awareness campaign to educate the community’ about actions that enable and perpetuate homelessness.”

Somehow, that description doesn’t exactly convey the sense of a hand up. It appears that earlier this year, businesses began to complain about homeless people who apparently were being helped at a food pantry operated by the nonprofit Team Evangelical Assistance Ministries (TEAM) in a city-owned building. The city responded to the merchants’ complaints about the “transient population” by increasing police patrols and working with businesses to better monitor and report all “suspicious activity.”

After the complaints, the city began to look into TEAM’s operations and decided to put the pantry operation out for bids. Only one bid was deemed responsive—from Community Mission of Hope, a pantry operation arm of Rancho Community Church, where Mayor Edwards is a member. In addition to her job as mayor, Edwards is president/CEO of the Southwest County Boys & Girls Club, which has a clubhouse just north of the pantry.

At least based on Claverie’s reporting of the issue, it’s a little difficult to see the hand up in Temecula’s strategy. A very affluent community, Temecula could probably do a lot more to help the city’s tiny homeless population out of its own taxpayer revenues. It could probably generate services and supports for the homeless that look more like service and less like policing. In all likelihood, Temecula’s leadership means to do well with the homeless, because there’s no reason to imagine that a solution based on punitive actions solves the homeless housing problem in Temecula or any other community. But the strategy looks like it eliminates homelessness by driving out the homeless, rather than finding housing and accommodations to help homeless persons integrate into the community.—Rick Cohen