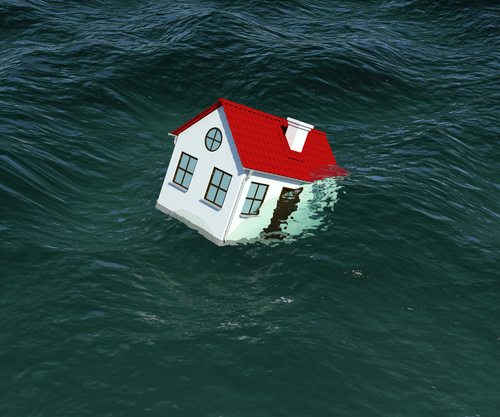 The vituperative reaction of Wall Street and business commentators to the plan of Richmond, California regarding “underwater” mortgages has been something to watch. The small city, population 106,000, has written to 32 banks and mortgage companies offering to purchase the mortgages on 624 homes at their underwater fair market value—that is, what they are worth even though it is less than the stated value of the mortgage—or, if the banks and mortgage companies refuse, to acquire the mortgages through the city’s use of its eminent domain powers.

The banking industry and, even moreso, the mortgage securitization industry (those entities that package and resell blocs of mortgages as securities to investors) have gone almost nuclear. The for-profit investment company that is promoting the idea—Mortgage Resolution Partners, chaired by former Lehman banker Steven Gluckstern—has been roundly denounced by real estate brokers and by bankers, with the obvious insinuation that MRP is supporting Richmond’s strategy as a profitable business strategy for itself rather than having concern for the homeowners who are paying mortgages far larger than their properties are worth. In truth, MRP will make money, charging $4,500 per loan according to its business model, as it basically fronts or finds financing for the city’s acquisition costs of the mortgages and arranges for their sale to new investors, resulting in significantly lower mortgage payment costs for the mortgagors.

You might easily insert “pointy-headed perfesser” into the denunciations of the Cornell law professor, Robert Hockett, who is credited with the eminent domain idea for underwater mortgages. The term of art used by Hockett’s critics in Forbes is “cooked up in a law professor’s office.”

Richmond’s legion of nonprofit supporters doesn’t include many of the big national mainstream nonprofits that, even in the reinvestment advocacy world, are funded by the banks themselves. Richmond’s nonprofit supporters include, however, a bevy of labor unions, typically affiliates of the Service Employees International Union (SEIU), a helping of community organizing groups such as the PICO National Network and National People’s Action, and grassroots groups such as the Home Defenders League, whose sharp critique of Wall Street and frequent press association with Occupy Our Homes stirs up business palpitations that the movement to use eminent domain to take mortgages at their fair market value and save homes for their homeowner occupants is really Occupy Wall Street reborn as an activist movement with a coherent policy agenda.

The reality is that the governing body of Richmond, headed by a Green Party mayor, is doing what the Obama administration wouldn’t do for fear of having to do battle with banks and with the protectors of purchasers of mortgage-backed securities—namely, Fannie Mae and Freddie Mac. Richmond is standing up to capital.

Richmond is also turning eminent domain on its head. Unlike the much-publicized and very contentious examples of eminent domain, which generally displace existing residents, as in the case that found its way to the U.S. Supreme Court in Kelo v. New London, Richmond will be using its eminent domain powers to protect existing occupants, who, in this city, are more often than not working-class or lower-middle-income and likely to be people of color. Typically, eminent domain takes on behalf of rich developers. Disabuse yourself that eminent domain simply grabs properties and leaves investors or owners with nothing; if the mortgage holders and the city cannot reach an agreement over the sale price, eminent domain turns the proceeding over to the courts for their determination of fair market-value compensation.

And the attacks on the plan are straight out of the corporate playbook against Occupy. For example, according to Josh Harkinson at Mother Jones, the Association of Mortgage Investors characterizes the MRP plan as “simply a wealth transfer from everyday Californians to a handful of wealthy, well-connected investment bankers.” (Gluckstern once headed a $4 billion private equity fund, and the CEO of MRP is the former VP of residential lending at Bank of America.)

Then, there are the attacks that ignore reality. For example, Forbes writer Kevin Fisher suggests that MRP and Richmond have “conveniently” defined the market value of these properties as “an amount significantly less than can be lent against the property in a refinancing.” But that’s exactly what’s happening. That is the definition of “underwater”: The nominal value of the mortgage is more than the property is actually worth. As a result, mortgage holders, particularly holders of securitized mortgage instruments, won’t refinance at the lower—actual—fair market value. Other Forbes critics question how the municipal fisc of Richmond benefits, but the four votes in favor of the MRP eminent domain plan aren’t looking for a killing or a huge redevelopment property tax benefit, but for a way of keeping residents in their homes as opposed to having them foreclosed by unseen mortgagees. If the city takes a haircut on the deals (which, hopefully, it will be able to structure so that it won’t), it is doing what government should do: protecting people, rather than protecting the interests of capital.

The organizing for and against is particularly interesting. Opponents of the eminent domain plan rounded up local college kids, gave them red “a bad deal for Richmond” T-shirts, and had them wave “stop investor greed” placards, while supporters handed out yellow T-shirts with “yes on Richmond CARES” stickers. But the opposition is also lined up in court. For the last few months, Wall Street has traipsed into federal court threatening all kinds of problems for the city, led by filings by Wells Fargo and Deutsche Bank, and they have been joined by a surprising ally: the Federal Housing Finance Agency, which oversees and regulates Fannie and Freddie. MRP is willing to foot Richmond’s legal bills, but won’t indemnify the city if the courts rule against it and exact costly penalties. A small coalition of nonprofits, however, including the California Reinvestment Coalition, the National Housing Law Project, Housing and Economic Rights Advocates, Bay Area Legal Aid, and the Law Foundation of Silicon Valley, has filed an amicus against Richmond’s Wall Street adversaries.

This is a big test for nonprofits. There are plenty of nonprofits in the housing and community development industry that have long been on record in favor of principal write-downs on underwater mortgages, but as they have cut deals with banks, their apparent absence from Richmond’s struggles is concerning. The city is 40 percent Latino and 25 percent black, but the banks are saying that if Richmond goes ahead with the takings, there would be an adverse effect on minority home mortgage borrowers, implicitly suggesting that the banks will stop lending (and Fannie and Freddie will stop purchasing mortgages) if they don’t stop the city in its tracks. The test for nonprofits is whether they will stand with capital—and, sometimes, the corporate philanthropic interests associated with capital—or with people in need, even if the profit margins of big banks and mortgage companies have to take their own haircuts in order to mitigate or prevent the wholesale displacement of otherwise stable homeowner-occupied neighborhoods in working-class cities.—Rick Cohen