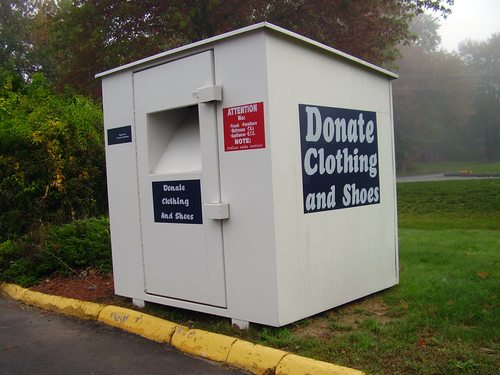 Nowhere does the cooperative relationship between local government and community-based nonprofits matter as much as it does in the placement of those ubiquitous donation boxes found across America. NPQ has written a lot about the bin wars, as you can see here and here, and there are a lot of issues at play in those battles.

Recently, the Evanston, IL City Council approved an ordinance in May, effective July 1st, requiring owners of donation boxes to obtain licensing. Although the deadline has passed, the owners of boxes across the city will be given a 60-day grace period in which to obtain licenses, according to the Evanston Review, an affiliate of the Chicago Sun-Times. Any charity that does not have a license after the 60-day grace period will be subject to a $200 fine.

Donation boxes are those unattended containers used for soliciting and collecting donations of clothing, books, or other salvageable personal items in the name of charities or special causes. The ordinance came about in response to the boxes sprouting up along parking lots, shopping centers and business districts, sometimes without the property owner’s knowledge. Under the new law, boxes are to be maintained in good condition and appearance with no structural damage, holes, or visible rust, and shall be free of graffiti.

In addition, they are to be serviced regularly to prevent overflow or the accumulation of junk, debris or other material. The ordinance specifies that only one donation box is permitted on the property of a building owned and operated by nonprofit organizations, and local charities are exempt from paying.

Donation boxes are an important resource for helping those in need, but they can have an impact on a neighborhood, and local politicians pay attention to that. Some cities, like Evanston, have regulated them, and others are considering it, so it behooves box operators to go down to their local city hall to be sure they don’t have a problem they don’t know about.—Larry Kaplan