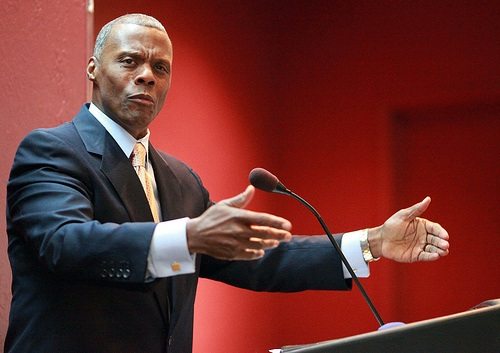 Republicans are apparently working hard at trying to overcome negative perceptions about their ability to represent the interests of diverse populations. Former U.S. Rep. J.C. Watts (R-Okla.), is engaged in an effort to help Republicans with their image and has started Insight, a nonprofit aimed at recruiting and placing minority staffers in GOP congressional offices. Watts, who is African American, left Congress 10 years ago. However, three years ago, he began holding an event to recruit minorities as congressional staff. This new nonprofit formalizes the effort. He concedes that it may take years for the GOP to approach Democrats’ level of popularity with non-white people and that the effort has to be multi-faceted, but he is willing to do his part.

Senate Democrats have had a program that aims to hire minorities for staff positions in their office for more than five years now. Charles Chamberlayne, who previously was an aide to Sen. John Cornyn (R-Texas) before heading his own public relations firm, sees Insight as being a good step. However, he also notes that it would be even better if there were more diversity among the members of Congress that the staffers work for. –Ruth McCambridge