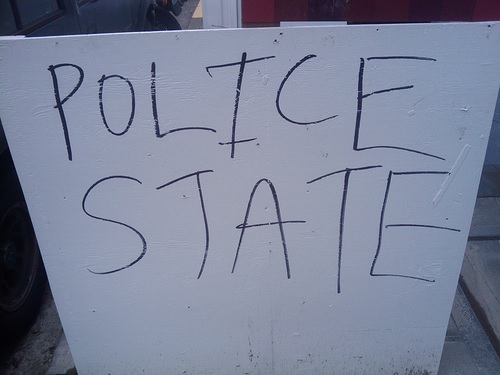 This op-ed in The Hill co-authored by Jay Ruderman, the president of the Ruderman Family Foundation, and Jo Ann Simons, president and CEO of the Cardinal Cushing Centers in Massachusetts, is truly important. In part, it’s because the authors point out something that doesn’t get much attention in mainstream (or, sadly, nonprofit) press coverage of police brutality: Persons with disabilities are its all-too-frequent victims.

Ruderman and Simons write about the deaths of Ethan Saylor, a 26-year old with Down syndrome who died of asphyxiation after being dragged by police from his seat in a theater in Frederick, Maryland, in 2013, and James Boyd, a homeless man (reportedly diagnosed with schizophrenia) who was shot and killed by police officers in Albuquerque in March of 2014.

“To be sure, stories about Ethan and James, as well as others involving people with disabilities, sometimes result in a spate of media coverage for a time, some localized protest and investigations by federal authorities,” Ruderman and Simons write. “But they hardly trigger the national outrage they deserve.”

Recent cases of alleged police brutality toward blacks intersect with the presence of disabilities intersect in some striking ways. Ruderman and Simons note, for example, that Freddie Gray may have had an intellectual disability due to the effects of lead poisoning. In Boston, there was the case of 41-year-old Wilfredo Justiniano, suffering from schizophrenia, who despite being “armed” only with a writing pen was killed in 2013 by a police officer.

The police treatment of persons with disabilities should be a national concern. Last year, KQED reported that more than half of all police killings in San Francisco between 2005 and 2013 had the mental illness of the victims as a “contributing factor.” According to other studies, the rate of police killings involving persons with mental illness is about the same across the nation.

The Supreme Court recently ruled that the police were immune from lawsuitsin a case regarding a police shooting of a mentally ill woman in a San Francisco group home, but sent the case back to lower courts to consider whether the alleged use of excessive force by the police constituted a violation of the Americans with Disabilities Act, which requires authorities to “reasonably accommodate” a person’s physical or mental disability. The amicus brief filed by the American Civil Liberties Union in that case (City and County of San Francisco et al. v. Teresa Sheehan) recounted many additional kinds of disabilities that have been connected to police shootings:

The authors argue that cutbacks in human services have forced police to step into the role of social workers. In many cases, police are called in to intervene when the problem is really an instance of mental or emotional health crisis—a task they may not be adequately trained to perform and might be reasonably reluctant to fulfill. Correctly, Ruderman and Simons present this issue as a question of “the rights of many…among us who…face severe disadvantage and marginalization” due to their physical, mental, and emotional disabilities.

When it comes to the rights of persons with disabilities in their dealings with police, the national conversation is pretty sparse. Witness the very limited references to and recommendations about policing practices in this arena in the White House task force report on 21st-century policing:

It doesn’t seem like the task force had a particularly vigorous discussion of police-related deaths of persons with disabilities, given the statistics that exist. One hopes that, as Ruderman and Simons warn against, we don’t “wait for the next casualty” for this necessary national conversation to start

Addendum: Last week, a Cleveland judge declined to convict the first of several Cleveland police officers to face trial for having killed Timothy Russell and Malissa Williams—both unarmed—in a barrage of 137 shots, including several fired through the windshield by Officer Michael Brelo from the hood of the victims’ car. Brelo is white and the two victims are black, but in addition, both Russell and Williams were homeless, mentally ill, and under the influence of drugs the night they died. According to the Washington Post, Russell was bipolar and Williams was diagnosed as schizophrenic.—Rick Cohen

[Full Disclosure: The author facilitated a discussion among disability rights organizations that was sponsored by the Ruderman Family Foundation] 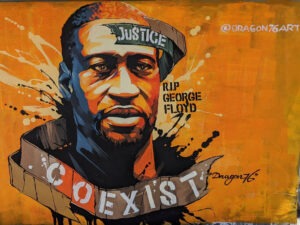