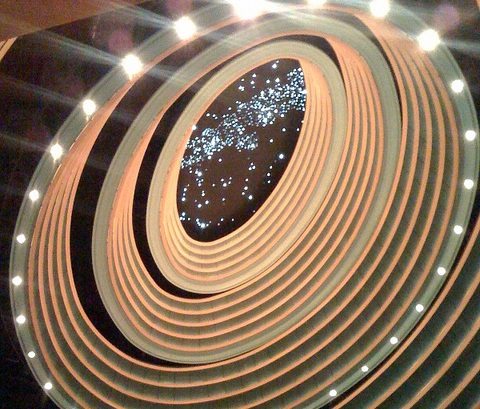 To Agnes Gund’s point in my other newswire today, it might be worth looking at the Dayton (Ohio) Philharmonic Orchestra, Dayton Ballet, and Dayton Opera, which have merged as of July 1 to create the Dayton Performing Arts Alliance. The combining of efforts is intended to create a more dynamic and cost effective classical arts scene in Dayton with more collaborative and innovative arts programming.

For instance, this year the Dayton Ballet will be able to perform “The Nutcracker Ballet” to the live orchestration of the Dayton Philharmonic Orchestra. The new Alliance board chair Jeremy Trahan, who used to chair the ballet board, says, “We’re positively the first in the nation to do this…Word has been getting out and we’ve seen news articles from other cities facing financial crises that mention what’s happening in Dayton. They’re watching what Dayton is doing.” The new Alliance board has 39 members.

All three of these organizations have been struggling in an environment of declining resources. Paul Helfrich, formerly the president of the Philharmonic and now the president and CEO of the Alliance, said that a factor in the merger was the forgiveness of debt by lenders to the organizations. The Dayton Philharmonic Orchestra alone has $250,000 in debt.

Just because they are getting hitched does not mean that the groups will lose their individual profile. Each organization will keep its own identity and gifts can be designated to donors’ favorite groups. They also each have their own artistic director: Neal Gittleman for the Philharmonic, Karen Russo for the Ballet, and Thomas Bankston for the Opera.

The Dayton Foundation is supporting the effort with a pledge of $500,000 and an anonymous donor has given $750,000. NPQ would love to hear from readers that know more about this than we do or who have related stories to share.—Ruth McCambridge