Explaining the Big Scandals in Jewish Charities: CEOs Too Cozy 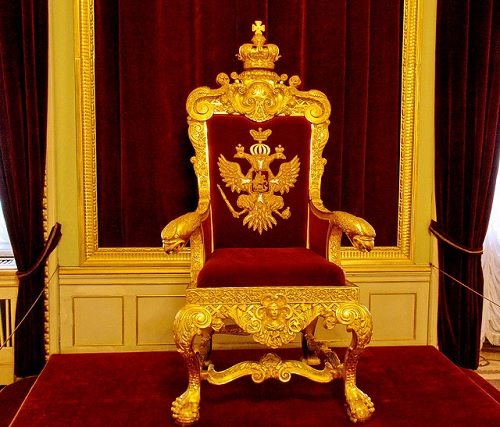 In the Jewish Daily Forward, Josh Nathan-Kazis takes on the subject of the spate of scandals that have hit a number of prominent Jewish charities. “One Jewish charity CEO hid allegedly stolen cash in his apartment closet. Another had an affair with his assistant while the assistant’s son-in-law stole from the CEO’s organization. A third covered up sex abuse charges for decades.”

The big scandals he’s discussing are Yeshiva University’s former president, Rabbi Norman Lamm, admitting to two decades of covering up sexual abuse of high school students; news that top officials at the Conference of Jewish Material Claims Against Germany had been told eight years earlier of a multimillion dollar scam; the firing of the CEO of the 92nd Street Y—after an affair with his executive assistant—whose Y-employed son was charged with taking kickbacks from vendors; and the firing of William Rapfogel, the CEO of the Metropolitan Council on Jewish Poverty, on charges of participating in a two-decade long $5 million kickback scheme.

Those are just the recent scandals. Nathan-Kazis also notes that Yeshiva University and the Met Council were also too close to the Madoff fraudulent investment scheme. Madoff was the chairman of the board of the University’s business school, and one J. Ezra Merkin on the university’s investment committee fed funds to Madoff—and negotiated an investment for the Met Council with Madoff that lost $1.4 million.

Is there something happening among the top Jewish charities that make them more susceptible to fraud and corruption? Andrés Spokoiny, the president and CEO of the Jewish Funders Network, suggested that the problem was inadequate oversight by the boards of directors: “Nobody in those boards had bad will,” Spokoiny told the Forward. “They simply didn’t have the mechanisms in place to have a more effective governance.” That explanation seems a little too pat and unconvincing.

A potentially stronger one is that the long terms of leadership of the CEOs in these charities make boards reluctant to deal with problems. “It’s certainly put us in a position of vulnerability when the board does not feel like they need to, or can be, that power check against the executive,” said Mark Charendoff, the former president and CEO of the Jewish Funders Network. The executives of some of these scandal-ridden organizations were fixtures in their positions and in the nonprofit Jewish community—the CEO of the Met Council was at the helm for 20 years, the CEO at the 92nd Street Y for a quarter-century, the president of Yeshiva University was president for 27 years and chancellor for 10 more. Is it that boards are just unable to criticize and control CEOs who have been running the show for decades? Among major Jewish charities, interlocking boards and long-term CEO leadership are not uncommon. Among other groups, the head of the Jewish Community Relations Council of New York has been running the show for 26 years, as has the head of the Anti-Defamation League, and the head of the American Jewish Committee has been in place for 23 years. Does extending the length of a CEO’s service into decades irreparably erode the ability of the board to control them?

Spokoiny advocates for “distributing leadership,” though he seems to be also advocating for strong CEOs at the same time: “There is something to be said [for] distributing leadership,” Spokoiny said. “It’s great to have a good, powerful, visionary CEO, and somebody that knows the business inside-out, but the concentration of power is never good.” How do you get guys like these to voluntarily hand over the reins to peers and subordinates? How do you get board members to stop protecting their friends and directors? Something is missing in the experts’ answers in the Forward.—Rick Cohen