Clouds are not spheres, mountains are not cones, coastlines are not circles, and bark is not smooth, nor does lightning travel in a straight line.

I will ask readers to bear with me as I try to take a wide-angle lens to the external influences on nonprofit management. They are many and complex, but they also may be simplified—which I will try to do by looking for what, to my mind, is the core design principle we are facing.

All organizations are affected by the cultures and social structures from which they emerge. Dominant paradigms, shared belief systems, and personal politics create mental models about the way we want—and are sometimes blindly driven—to structure and manage our work.

Our organizational management styles and structures are affected by the following:

These are larger systems of which our organizations are a part. Of course, within organizations there are often also a set of norms and dynamics put in place by the epic stories we tell of, say, organizational birthing or near-death experiences, or by the model of leadership exhibited by culturally influential leaders or founders. The surfacing of the mix of these internal and external effects on organizational management has always been fascinating work for those who like the anthropological exercise of trying to figure out the assumptions beneath why people in organizations do what they do.

It is complex stuff, but stuff that may just have been made a little easier—paradoxically, by a major era change.

Because, with all of the ways in which external factors affect how organizations function, it has generally been assumed that organizations are systems separated from one another by clear boundaries. In fact, one of the definitional requirements of a system is that it have those boundaries to set it apart. So what happens to the notion of organizational culture when institutional boundaries become more porous overall, and the people associated with the system are working virtually, or are transient or contracted? And what happens to the nexus of management? Does our estimation of where leveraging and management actions are taken change significantly? Might it neutralize differences between organizations to some extent and move the loci of change and cultural influence both up into larger systems and down to much more local levels? 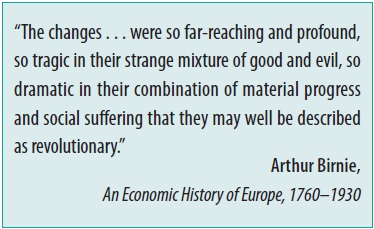 In this life, those of us who are actively involved in trying to make complex systems work are always dealing with contradictions—or dialectics, which, according to philosopher Georg Wilhelm Friedrich Hegel, is the constant conscious playing out of those contradictions to create progress. So, for instance, even as individuals or organizations we are at once attracted to the control of a situation and the active exploration of the possibilities and limits contained in the situation—in other words, to stability and chaos.

Encroaching chaos is uncomfortable for many managers, who by definition tend to like predictability. We are comforted by “I do this, and that happens.” When that kind of predictability begins to be hard to come by and we are beset with disequilibrium, we are challenged to step outside of the system as we have been living in it and try to take a longer view: Has something big changed for good? Is this the system we need? Is it doing what it is meant to do? What ideas can I try? Who else should we be talking to who can be partners in a change bigger than the usual? How do I intervene, and at what level? These are the questions that many of us are faced with now.

Thankfully, often what at first appears to be chaotic because it is still finding its order, later becomes increasingly familiar—game rules, underlying assumptions, and all. Once we have had a chance to observe and experiment with the essence and the patterns of something new, and to realize where practical and ethical questions emerge, we may become surer of our footing even if we cannot yet answer these questions.

If we were to assume that organizations mimic the assumptions and operating dynamics of the overall environment, and that these change from economic era to economic era, you would expect the dominant paradigm we have for forms of organizations to change, too. This does not happen overnight, even in today’s sped-up environment. There has been a generation or two of time during which the industrial era has slowly been crumbling—with its artifacts and archetypes becoming almost cruelly comic in their extremity.

But the seeds of this transition to a technology-driven, knowledge-era economy have long been present as the ascending pole of the dialectic. The industrial era, too, was driven by advances in technology, which allowed for the large-scale production in big factories—through the use of machines—that we have come to identify as the rise of industrialization; and the factories needed large amounts of capital to establish themselves, thus consolidating the means of production, and also needed large numbers of wage earners, who made themselves relatively dependent in return for a measure of security. But every revolution carries within it the seeds of its opposition, so—

What Formula Is Driving the Era Change?

If we were to see this economic era as a fractal—“ a rough or fragmented geometric shape that can be split into parts, each of which is (at least approximately) a reduced-size copy of the whole”2—the basic form being replicated might be stated as follows: “We reject: kings, presidents, and voting. We believe in: rough consensus and running code.”

We refer to this short statement—attributed to David Clark, who is often called the founder of the Internet—because it succinctly expresses the formula by which this era is defined. As Lawrence Lessig wrote in “Open Code and Open Societies: Values of Internet Governance,” what is being described here is not chaos but rather a bottom-up control of development based on an open systems orientation.3 Within this concept, he goes on to say, is the idea of “open forking”: “Build a platform, or set of protocols, so that it can evolve in any number of ways; don’t play god; don’t hardwire any single path of development. Keep the core simple, and let the application (or end) develop the complexity.”

Lessig goes on to say, “Good code is code that is modular, and that reveals its functions and parameters transparently.”

But before we all cheer about the image we are building of networks of locally based action connected on a global stage working for human rights and sustainability, remember that there are still significant issues to work out in the form of reinforcements and defenses of the old way of consolidation. Growth capital still tends to flow to large systems in the nonprofit as well as the for-profit sector; this ghost may haunt us for some time. Many nonprofits are limited by siloed funding as well as funding that does not necessarily lend itself to constant reevaluation and change.

And then there are those pesky, unintended consequences of the new era, which is likely to be equally as good and tragic as the previous one.

Our Networked World and What It Does to an Era Change

There are a number of factors that are distinctly of this age and conspire to reinforce the sense that we are actively evolving a new economic era:

But again, the consolidation of power and capital is extreme, even in this sector, as is the urge to stake out spaces where capital can be secreted. We are in the midst of an election that is characterized by the consolidation and secretion of election capital, and we are witnessing the truly phenomenal growth of charitable gift funds. The latter recently prompted Agnes Gund, president emerita of The Museum of Modern Art, New York, to comment, “We need to better comprehend this environment and learn how to participate in it. The arts are slow at developing donors online, where much fundraising now happens. We have been slow to attract the new money—the hedge fund and social-media crowds, the new inheritors of wealth. We need these people in the arts, but we are not getting their attention. Large amounts of money are going into donor-advised funds; we scarcely know how to reach those funds. We are late adapters of social media, of the interactive ways of dealing that are now common among the young.

“As fundraisers, we are not good at collaborating; we argue for one symphony or one dance company or one museum at a time—without appealing for the arts as a whole, significant sector in American life. And as institutions we haven’t learned to combine tasks, to find common ways of solving problems, to enlist new thinkers in our business.

“We are trying to do business as usual, when—in fact—the usual is gone. There is a new usual. We need to make it work for the arts. Without the arts, we would be people without inspiration, without ideas, without ideals. That’s why successful fundraising for the arts in the new economy is essential.”4

What Does This Mean for Organizations?
Is Management Dead?

If we cannot predict our variables in the near future, is all hope of effective management dead? Clearly not, but the style of managing must be so much more fluid, and the actors so much more diverse—and actively thinking and gathering information wherever they sit in and around the organization. The organization must be listening to these actors and processing information in a way that looks for patterns of the emerging order that will need to be addressed. And only then should they feed the scenario back out, so that the actors can help with the next steps of the design.

Thus, participants in and around the cause get the running code—which is likely nothing more than the purpose and vision and principles of the organization (or cause) as it is placed against the challenges of its environment, and rough consensus is reached and experimentation and innovation at the margins is encouraged to flourish.

The course is rough, not smooth. It cannot be sized up with a tape measure (though perhaps measured, at times, with a Geiger counter) as we fall while trying to scale new challenges on a new terrain with a new partner. But there is something exhilarating about it all. Benoît Mandelbrot said that “roughness” is a part of human life, and that there are many different kinds of mess but there is always order in that roughness to be found. And it is all very complicated and simple at the same time.

So here are some more questions:

Do we believe that a swarm of small things can bring down a big thing with any sort of regularity? Do we believe that it can be done “the right way,” without being tightly and centrally controlled? Can we change our orientation from top-down to bottom-up? Can we shift our evaluation and planning practices to ones wherein active communities help define the outcomes that they want and provide data on the results?

And is organizational defensiveness an enemy of the state we want to be in? If our future is based on open networked systems that communicate toward greater effectiveness, are we managing and developing our work toward that end?

Mutual Aid in Fishing Communities: The Need and the Response