Facebook Extends Its Commitment to the News Industry with $4.5 Million 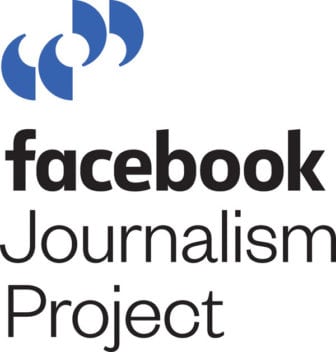 Building on its success from the 2017 Facebook Journalism Project, last week Facebook announced it would broaden the program and add a new track for nonprofit news sources. In a time when Facebook has been grappling with some of its own mixed news, this commitment adds valuable leverage for local and nonprofit news sources to the ongoing challenge of how to build lasting sustainability.

Facebook’s $4.5 million support will be directed to two separate areas: a new Facebook Membership Accelerator Program, which will receive $3.5 million to support news organizations throughout the country, and a $1 million contribution to NewsMatch, a national matching campaign that doubles individual gifts to nonprofit news sources and promotes giving to journalism in the US.

Describing these initiatives, Campbell Brown, Global Head of News at Facebook, said in a blog post that the new Membership Accelerator was “designed to help nonprofit news organizations and local, independent publishers with membership models build sustainable businesses by providing supporters access to exclusive content and experiences through memberships.” Brown noted that the program is built on a “bootcamp-style curriculum” and “will focus on acquisition marketing designed to convert and retain paying supporters.” Although Facebook now might be one of the biggest entities in this growing space, Brown’s acknowledgement of the early and “important ongoing efforts by leaders like the Institute for Nonprofit News, Local Independent Online News Publishers, and the News Revenue Hub” is significant.

Since Facebook drew online advertising that had been helping to sustain local print and online news sources, it makes sense that the social media heavyweight is now working to provide support to local news entities. (In a related story, in June, Craig Newmark, founder of the online platform Craigslist, announced a $20 million gift to CUNY’s Journalism School.)

Reflecting on today’s media landscape, Jim Friedlich, executive director of the nonprofit Lenfest Institute for Journalism (which NPQ has covered) told the Wall Street Journal that it was in Facebook’s interest to support publishers. “The truth is Facebook and local news organizations have a highly co-dependent relationship,” he said. The Lenfest Institute will be involved in the program by overseeing the grant program and tracking results and providing direct coaching to publishers.

According to findings Facebook released on its Local News Accelerator program last week, the Seattle Times, Denver Post, and San Francisco Chronicle have all seen growth (in a few cases record-breaking) in their subscription programs over the past year.

It is no secret matching gifts are a powerful draw in the nonprofit sector—both for donors and the media industry alike— and for this reason, Facebook’s contribution of $1 million to NewsMatch is newsworthy. According to Facebook, the campaign pools funds from local and national funders, including the Democracy Fund, the John S. and James L. Knight Foundation, the Ethics & Excellence in Journalism Foundation, and the John D. and Catherine T. MacArthur Foundation to match donations to nonprofit newsrooms across the country. In 2017, possibly in response to new challenges in the media industry nationally, NewsMatch raised a record of more than $4.8 million in three months and became the largest grassroots fundraising campaign for nonprofit news. It would be a powerful endorsement of what nonprofit news is doing if this happens again.—Anne Eigeman