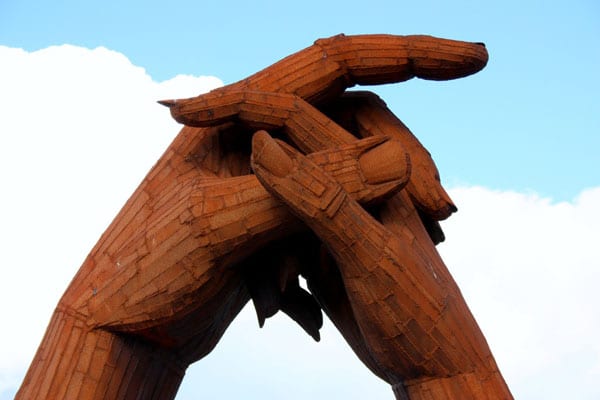 Partnerships between community-based nonprofits and religious institutions are common. NPQ has highlighted numerous instances when churches have stepped in to solve social issues in their communities, including providing disaster relief during Hurricane Florence, addressing the affordable housing crisis by leasing land for development, and even establishing social enterprises to combat food insecurity. Now, researchers are trying to determine whether lessons from the pulpit encourage community engagement and political efficacy.

Led by Dr. Rebecca Glazier, the Little Rock Congregations Study builds off a smaller study conducted in 2012 among five churches with a total of 274 respondents. Researchers found that levels of political efficacy (belief that one’s actions can make a difference) were higher for congregants that attended churches in which sermons focused on helping the community. The most recent study quintuples the number of survey respondents (1,474) and diversifies the type of congregations surveyed including Unitarian Universalists, Protestant, Catholic, Mormon, Muslim, and Jewish places of worship. Similar to the earlier study, researchers found that respondents who reported hearing more community-focused sermons were more likely to be actively involved in the community and had better political efficacy. For example, the most common political activities reported by participants were persuading someone else to vote, signing petitions, and sharing information on social media. Additionally, places of worship that were more engaged in the community had more engaged congregants.

According to Glazier, while partnerships between churches and nonprofits are commonly thought to occur because of a need to share resources or as a cost-reduction strategy, churches primarily partner out of a desire to engage with the broader community. For instance, women who attend Westover Hills Presbyterian Church volunteer as literacy instructors at the Pulaski County Regional Detention Facility. Through the program, the church has reached more than 450 students. The ability to connect with the larger community as a practice of faith benefits religious institutions in more ways than one—providing the opportunity to help those in need, bring people into the faith, and foster stronger relationships between congregants through volunteerism.

Partnerships play an important role in delivering services to the community. The study uncovered that more than 50 percent of the churches with food banks partner with other organizations to offer such services. Similarly, 60 percent of congregations that provide healthcare services partner with others as well. Researchers attribute the need to collaborate due to the significant amount of resources needed to provide food and health services. For instance, Esperanza Hope Neighborhood Health Clinic, another participating congregation in the research study, partners with a local hospital which provides free imaging services like ultrasounds, X-rays, and MRI services.

During the spring of 2019, Glazier’s team will focus their research on the relationships nonprofit organizations have with places of worship to better understand their perspectives. Additionally, with the support from the Arkansas Community Foundation, the team intends to present its findings to clergy members and recruit members for a clergy advisory board which will assist in executing the 2020 Little Rock Congregation Study. Glazier hopes to increase the number of participants in the upcoming survey by expanding outside the Little Rock area particularly in rural communities. The research indicated that many congregants prioritized community involvement and Glazier hopes that more interfaith work will come of their research.—Chelsea Dennis