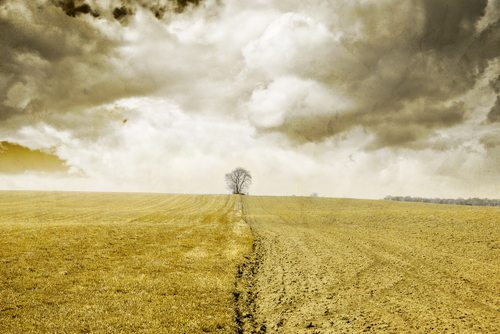 When it comes to the Farm Bill that was passed by the U.S. House of Representatives the other day, where you stand depends on what you might have been looking for in this imbroglio. Writing for The Atlantic, Molly Ball sees the House action as a positive harbinger for “the debt ceiling, immigration reform, and overall congressional sanity.” The compromise legislation encompassing agricultural subsidies and food stamps passed the House with bipartisan support after years of right-wingers in the House calling for massive cuts in food stamps, making legislation impossible to pass through the Democratic-controlled Senate. With this bill’s inclusion of cost savings in both food stamps and agricultural subsidies, Ball celebrated it as “the latest sign that Congress has rediscovered its ability to get things done.”

Erika Eichelberger at Mother Jones doesn’t quite see the positives that Ball identified, but views the legislation as a victory for the Republicans. “In addition to the $9 billion in food stamp cuts in this five-year farm bill, another $11 billion will be slashed over three years as stimulus funding for the program expires,” Eichelberger writes. “And yet, despite the $5 billion in cuts that already happened and the guarantee of $6 billion more, Republicans succeeded in getting their Democratic peers to cut food stamps further. This is the first time in history that a Democratic Senate has even proposed cutting the program. Now the upper chamber is expected to pass cuts twice the level it approved last year.” Yes, Congress appears to have gotten something done, as Ball describes it, but the legislation carries out a Republican agenda to eviscerate food stamps.

The Heritage Foundation is equally disappointed in the Farm Bill because, in its view, there’s too much support and money in it for food stamps. Daren Bakst lambastes the House for having given in to Democrats on a number of items, including a mechanism to eventually separate food stamps from other elements of the Farm Bill. “The farm bill is really the ‘food stamp bill,’” Bakst complains. “About 80 percent of the farm bill spending is devoted to food stamps.” In contrast to Eichelberger’s perception that the Republicans have won, Bakst sees House Republicans as having “caved” on food stamps.

The 10-year farm bill will devote just short of $1 trillion—actually, $956.4 billion—to food stamps, agricultural subsidies, and other Department of Agriculture programs. $756 billion will go to food stamps and nutrition programs for lower income households, an $8 billion cut compared to current law. Republicans are crowing over this cut, twice what the Senate originally proposed, though the original Republican farm bill in the House called for food stamp cuts five times higher than $8 billion (or $800 million a year). The Senate can claim some credit for having fended off the Republican attacks by the manner in which some of the cuts are being achieved—for example, doing away with the “heating loophole” by which some states allowed households to claim higher heating costs in order to increase potential food stamp eligibility. Although Democrats acceded to demands to strengthen rules that would prohibit undocumented immigrants and college students from receiving food stamp assistance, they killed Republican proposals to eliminate food stamp eligibility for some very-low-income childless adults, to require new work requirements for food stamp recipients, to kick ex-felons out of the food stamp program, and to provide financial statements to states that succeed in removing numbers of food stamp recipients.

One in seven Americans now receive food stamps, and the demographic mix is changing. Increasingly, recipients of food stamps are no longer children and the elderly, but working-age people, many of them working in minimum wage, poverty level jobs. The working poor are now the face of the food stamp program. The positions of the various critics of the farm bill that passed the House reveal not just attitudes toward food stamps and “entitlement programs,” but the different approaches of political leaders toward overcoming the nation’s stubbornly growing income inequality.—Rick Cohen