“Feel Inside (And Stuff Like That)” Satirizes Charity Songs 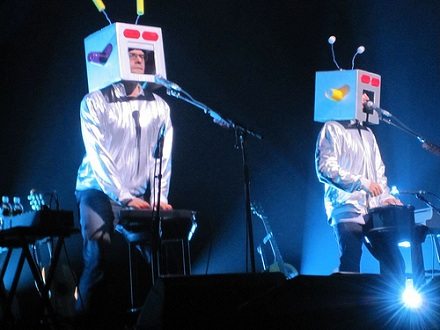 Popular New Zealand parody song due Flight of the Conchords has released a parody charity fundraising song—though the donations the song has generated are quite real.

The song was released on iTunes yesterday, with proceeds to benefit Cure Kids, a New Zealand charity that funds medical research on life-threatening illnesses that affect many children. That territory wouldn’t seem ripe for satire, but that is what Flight of the Conchords does (or did, as this was the duo’s first reunion since 2009). According to Mashable, the song has already helped raise $1.3 million for Cure Kids prior to its more widespread international release, thanks in large part to a live televised performance for “Red Nose Day” in New Zealand, a Cure Kids campaign which uses humor as a fundraising tool.

In a unique stroke, Flight of the Conchords turned to schoolchildren to help the write the song, which pokes fun at the format of the “We Are the World”-style charity single. Working with the kids brought about the song’s tongue-in-cheek title, “Feel Inside (And Stuff Like That)” as well as several lines in the song suggesting fundraising techniques such as setting traps to catch robbers and taking their money to help sick children, or this gem thought up by one youngster:

“We’ll go to people’s homes and ask to borrow some money/They’ll probably all just give us some money/We’ll give them back less money and cause a confusion/That’s the solution.”

Another student suggested appealing to donors by noting that sick kids “can’t do their hip-hop anymore.” You can check out the full song, as well as the interviews with the kids who helped write it, here:

We may often overlook humor when considering nonprofit fundraising tactics, but as Flight of the Conchords have shown here, it can be very effective if done well. –Mike Keefe-Feldman