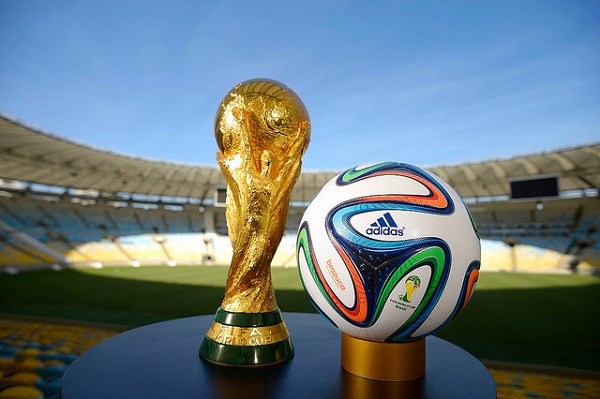 Willie Sutton would have been drawn to FIFA like a magnet. He wouldn’t have needed to bust into banks; shaking hands with FIFA board members would have been easier. There was lots of money associated with World Cup hosting rights and plenty of people willing to distribute it for personal gain.

Sutton wasn’t particularly bothered by issues of how his brand might have played with consumers, but corporations that have long been stalwarts behind FIFA are now nervous in light of the arrests and indictments of FIFA top brass for their alleged participation in some $150 million worth of bribes and payoffs. (For a deeper dive on the reasons why the U.S. has the power, authority, and responsibility to investigate this matter, read Rick Cohen’s newswire here.)

With the largest audience of any international sport by a factor of a dozen or so, soccer is valued by global corporations looking to make their brands visible and valued. Reporting for Channel 4 in the UK, Paul Mason suggests that even if they have engaged in no criminal activity (and, to be clear, no allegations have been made against them), Adidas, Coca-Cola, and Visa—as well as companies like them—have reason to be concerned—partly because of the stink emanating from FIFA’s endemic corruption, but also because some of the bribery allegations involve “sports marketing companies,” middlemen the big corporations typically use to cut deals with the FIFA establishment.

Why would companies like these need to solicit FIFA through third-party middlemen? That is an interesting question, given the charges that FIFA’s corruption was “rampant, systemic, and deep-rooted.” Were these big companies caught unawares by more than a decade’s worth of corruption charges that preceded the U.S. Justice Department’s actions? Last June, those three companies called on FIFA to investigate charges that the Qatari bid for the 2022 World Cup had been tainted by bribery and corruption, but FIFA basically deep-sixed any disclosures of investigative reports (like that of U.S. attorney Michael Garcia, who was hired to investigate and then quit when FIFA issued a whitewashed version of his findings) and gave the World Cup in Qatar a clean bill of health.

Timothy McGrath for GlobalPost helpfully compiled the formal statements of several FIFA corporate sponsors in response to the current corruption scandal, including these:

In a related development, Nike may actually be worried about more than its corporate brand getting tarnished as collateral damage from a relationship with the FIFA brass. In the U.S. indictment, an unnamed “Sportswear Company A” generally acknowledged to be Nike was identified as having deposited millions into a Swiss bank account outside of its $160 million deal to be sponsor of the Brazilian national team, to be paid as “bribes and kickbacks” to land the Brazil sponsorship. Nike initially confirmed that it was cooperating with the U.S. investigation, but then issued a statement that nothing in Justice Department documents specifically said that Nike itself had done anything criminal or that any Nike employees were aware of or had knowingly participated in bribes or kickbacks. However, the middleman that Nike used in the Brazil negotiations, José Hawilla, has already pled guilty to corruption charges associated with the sponsorship deal and is named repeatedly throughout the indictment as an active participant in FIFA’s criminality.

Somehow, the corporate statements (except for Gazprom’s) sound like Captain Renault’s shock at discovering gambling in Rick’s Café Américain in Casablanca as he pocketed his winnings. The reality is that cleaning up FIFA is going to require the active engagement of soccer’s corporate sponsors to make headway in changing FIFA’s septic culture. Peter Thal Larsen, an assistant editor for Reuters, describes the multiple corporate sponsorships of national soccer teams negotiated through sports middlemen and frequently done with little or no transparency as to what the corporations are buying. For example, how about Nike’s 10-year, $160 million sponsorship of the national team of Brazil? Larsen mentions the $3 million that Nike spent one year on “demand creation,” whatever that might be, as an example of the less than fully transparent operations of the big-money sponsors.

Larsen isn’t Pollyannaish about the prospects for change:

“There’s little chance that companies will suddenly turn off the money hose. Even if established sponsors and media partners pull out, substitutes will step in. But if companies insisted on being more forthcoming about how much they were paying, and to whom, it would be a big step toward cleaning up FIFA.”

That’s a pretty big “if” for big corporations whose track records sometimes veer closer than not to FIFA’s historic standards of turning a blind eye to corruption.—Rick Cohen

Writing from an Organic Place