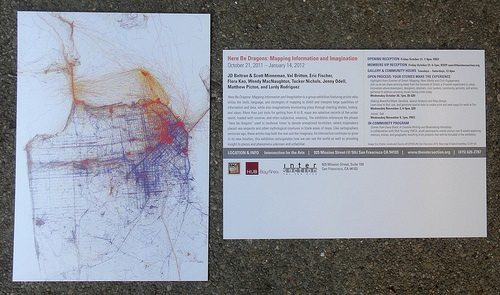 NPQ has previously written extensively about the devastation that can be caused by an irresponsible or otherwise weak fiscal sponsor, but these organizations can be important to small groups who want to plough their time and energy into mission rather than administration. Paying attention to their health, therefore, is also critical.

Anyone who follows the arts reporting in NPQ understands that many nonprofit cultural institutions are still reeling from the Great Recession, which collided with already-changing audience behaviors, shifts in funding and increasingly broken business models. The 2014 National Arts Index showed improvement in many categories, but also demonstrated that the sector is still struggling. In theory, this makes service agencies and fiscal sponsors that support the arts more essential than ever; in practice, these organizations can be as vulnerable as their clients.

Consider San Francisco’s Intersection for the Arts, founded in 1965, which came dangerously close to folding its tent last year. In May 2014, KQED Arts reported that Intersection would “dramatically restructure its organization, suspend programs and lay off key staff.” Described as “one of San Francisco’s oldest alternative spaces,” Intersection began as “a merger of several faith-based experiments that were using art to reach disenfranchised neighborhood youth” as well as a community center for conscientious objectors to the Vietnam War. By 2014, it had evolved into one of the city’s leading arts service, fiscal sponsorship and presenting arts organizations—with a gallery, a literary series, a jazz program, artist residencies and a theatre/performance series. Intersection Incubator, the organization’s fiscal sponsorship program, was supporting 125 smaller groups each year. All of which proved to be too much to do well, or sustainably.

After suspending many of its programs last spring—but maintaining Intersection Incubator—interim executive director Randy Rollison and the board engaged with the arts community and identified two streams of activity that were most highly valued. According to Rollison, who has now been named executive director, “we are shifting our focus so it is less on the product and more on the producer.” The community feels that Intersection’s most vital roles are its long-standing work as a fiscal sponsor and its mentoring of individual artists to help them to have sustainable careers. “So we want to provide them the necessary professional development and the technical assistance and training they need on the business side in a changing environment,” he explains.

Many artists and arts organizations around the country are finding fiscal sponsorship to be far more manageable than forming a 501(c)(3)—especially when they are starting out. Sometimes a fiscal sponsor is only meant to cover a short-term project, other times a group eventually “graduates” from fiscal sponsorship and becomes a standalone nonprofit, or else decides it has run its course and fades away. Increasingly, arts groups are finding that a fiscal sponsor like Intersection allows them to focus on the art-making while someone else looks after the business side of things. And individual artists are increasingly seeing themselves as entrepreneurs, and looking to learn more about business practices.

In announcing the plans for Intersection’s next era, Rollison said the organization “is going to do what it’s always done in supporting the creation and telling of the narratives that aren’t normally heard, and it will continue to be a hothouse of creativity.” But the emphasis will be on expanding and diversifying its fiscal sponsorship and mentoring programs. Intersection has a budget of $540,000 this year—down from about $800,000 before the restructuring. The staff is smaller, too. However, by narrowing its focus, the organization has also doubled its earned income percentage from 24 to 49 percent.

As Intersection approaches its 50th anniversary, Rollison says he would like to see the organization eventually become a more active presenter again. “This was always a space where people could do work that was more dangerous. We’d love to get back to something like that. We just have to get there slowly and intentionally and make sure the work is properly supported.”

“Slowly” and “intentionally.” Two good ways for a fiscal sponsor to model what it hopes to teach.—Eileen Cunniffe