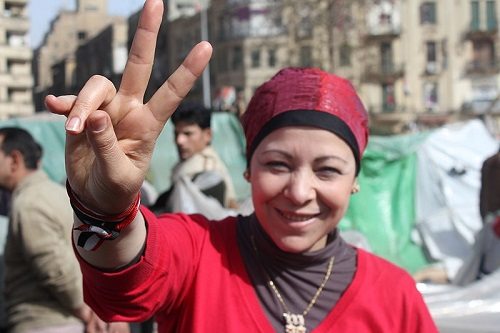 Human rights that extend beyond specific mission areas should always be on the front burner for action by U.S. nonprofit organizations. The occasion of International Women’s Day, celebrated this past Saturday, March 8th, is another reminder of one part of the unfinished human rights agenda.

Last week, presumptive Democratic presidential candidate Hillary Clinton addressed the United Nations on women’s issues. Equality for women “remains the great unfinished business of the 21st century,” Clinton said in her speech. “No country in the world, including my own, has achieved full participation.”

For Americans and for U.S. nonprofits, International Women’s Day should trigger engagement around a number of issues:

Wage and earnings gap: Social advances for women haven’t shown up much in terms of income. As of 2012, the median annual income of women employed full-time was $37,791, compared to $49,398 for men. In other words, for every dollar earned by men employed full-time , women earned 77 cents. (The National Committee on Pay Equity says that women earn 76.5 percent of what men do). This ratio hasn’t budged much since 2007. The pay equity gap is troubling because women “are the equal, if not main, breadwinners in four out of ten families”—that figure was only 11 percent in 1960.

Women in Poverty: By nearly every measure, women in the U.S. suffer from poverty at much higher rates than men. As of 2012, while poverty rates for females overall in the U.S. were much higher than males—16.3 percent compared to 13.6 percent—poverty is significantly higher for adult women. For women between 18 and 74, the poverty rate was 15.4 percent; for men, it was only 11.9 percent. For women 65 and older, the poverty rate was almost double that of men: 11.0 percent to 6.6 percent. Because of the larger number of women in the nation, these disparate poverty rates yield strikingly significant absolute differences in the numbers of women and men in poverty in all age groups: 15.14 million women in poverty, compared to 11.36 million men in poverty between 18 and 64; 2.64 million women aged 65 or older in poverty, compared to 1.28 million men. There is clearly not parity in the numbers of men and women below the federal poverty level, and these gaps are even more pronounced at the level of 125 percent of poverty.

Exploitation of Women’s Labor: The galvanizing event in the history of International Women’s Day was the Triangle Shirtwaist Factory fire in 1911 in which 146 workers, mostly women, died, many of them locked in on the shop floors by company managers. A little over 100 years later, those events continue to happen, but though American companies are involved, the women are in developing countries, like the more than 1,800 women who have died in sweatshop fires in Bangladesh since 2005, including horrific fires in 2012 and 2013, one of which killed 1,100 workers. The U.S. apparel companies that buy from the sweatshops (or run them through subsidiaries or affiliates), though quite adept at public relations, have largely resisted making safety changes that could reduce the likelihood of future repetitions of the Dhaka tragedy, the worst in the history of the garment industry.

Nike, for example, is among the many U.S. companies subjecting women in these countries to danger every time they go to the shop floor. Long touting itself for its philanthropy in support of women, only last year under public pressure did Nike agree to release a list of the factories where its products are manufactured and reveal some information about the pay and working conditions.

Good PR about philanthropic support of women doesn’t absolve companies like Nike, American Apparel, Walmart, and others of their responsibilities to the women in the overseas sweatshops where many of their products are made. “Nike discloses the names and locations of all its factories, and that’s useful, but it’s not like Nike isn’t egregiously exploiting hundreds of thousands of workers on a daily basis, which they absolutely are,” says Scott Nova, director of the Workers Rights Consortium. “We have a global sourcing model that is extremely destructive and inhumane. You cannot point to a major consumer products company that has chosen to jettison that model in favor of something more humane.”

Women’s health protection: The right wing has made the Affordable Care Act a political cause du jour—or this election cycle, at least. One should note on International Women’s Day that a major avenue of attack on the ACA and on related healthcare issues has been against women. Much myth-making from conservatives has concerned contraceptive coverage for women, implying that potential ACA coverage of contraceptives or the “morning-after” pill is equivalent to abortion. (The right seems to be unable to distinguish between ovulation and implantation.) Attacks on birth control clinics through state laws are another dimension of women’s health protection under duress. Texas, for example, is pushing for stronger laws to shut “abortion clinics” and Louisiana is contemplating a law that would emulate the Texas statute. In rural east Texas and the Rio Grande Valley, the last two abortion clinics have had to shut down. The way that women’s health protection and women’s rights to control their own bodies have become a prime battleground for healthcare coverage in the U.S. should be an International Women’s Day issue.

There has been immense progress for women, to be sure. But the list of issues for U.S. nonprofits on this day could have been much longer than five. We could have added the still-far-too-prevalent practice of violence against women in this country, the use of rape as a tool of warfare overseas (and the horrible, anti-women reactions of governmental authorities to unpunished rape in places such as India), the practices of genital mutilation that continue in parts of Africa, the sexual abuse of women protesters and women reporters in Tahrir Square, and much more. Perhaps the U.S. might catch up with the U.K., Germany, India, Chile, and other countries by eventually electing a woman as chief of state. For some people, that may be an important marker of social progress, but it shouldn’t leave behind the disproportionately negative treatment of women throughout the U.S. and worldwide.—Rick Cohen