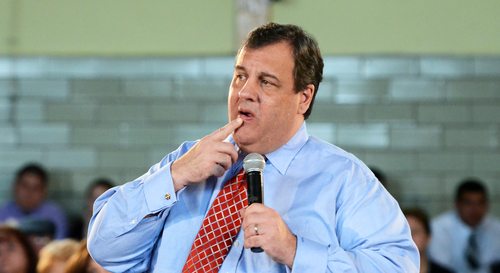 “When it comes to raising tolls, the Port Authority [of New York and New Jersey] has nearly unchecked power and little obligation to listen to the public.”

That’s one of reasons why Governor Chris Christie’s explanations for “Bridgegate,” the scandal involving his top aides closing two out of three access lanes from the city of Fort Lee, New Jersey to the George Washington Bridge, come off as implausible.

The Port Authority is a bi-state public benefit corporation, or public authority, established more than 90 years ago by the states of New York and New Jersey to manage the regional infrastructure of bridges, tunnels, seaports, and airports that serve both states. It is a big operation, with a 2012 budget of $7 billion including capital expenditures of $3.66 billion.

New Jersey has always felt like the little sister in this partnership. Governors of both parties have viewed the state’s relationship with New York in the agency as one of struggle and turf, particularly over the capital improvements budget and protection of New Jersey commuters’ access to and through the bridges and tunnels to jobs in Manhattan and the other four boroughs. According to a study by Mitchell Moss and others, as of 2009, 246,000 residents of Northern New Jersey commuted to jobs in Manhattan. The number of commuters from Bergen County, where Fort Lee is located, increased by 18 percent between 2002 and 2009.

The George Washington Bridge is critical to Bergen County commuters. It is no surprise that with Northern Jersey’s commuters and others from beyond Bergen County, the G.W. Bridge is the world’s busiest motor vehicle bridge. If Christie’s aides wanted to make residents of Fort Lee uncomfortable, squeezing off access to the bridge between September 9th and 13th of last year was guaranteed to work. If you want to make a northern New Jersey mayor unpopular, get constituents to blame him or her for white-collar commuters’ inability to get to jobs in lower Manhattan—that is, Wall Street and the Financial District.

Think of the Port Authority like a very large nonprofit. It has no power to tax and is funded entirely by the revenues it generates from its bridges, tunnels, and ports (and from tax exempt bonds), but there are few political issues in New Jersey more contentious than traffic jams on the GW Bridge (at the Lincoln and Holland tunnels), plus the $13 toll on the bridge. The board of this “nonprofit” benefit corporation is appointed by two governors and approved by their legislators. The commissioners they appoint are business and political powerhouses. Christie’s New York state counterpart, Andrew Cuomo, has a few titans on his side in the governance structure, including commissioners Basil Paterson, who is the former New York Secretary of State, a former New York City deputy mayor, and a political powerbroker of the first order, and Kenneth Lipper, a former general partner at both Lehman Brothers and Salomon Brothers and, like Paterson, a former deputy mayor (it appears that the only current commissioners who are persons of color are New Yorkers: Paterson and Rossana Rosado, the publisher and former editor-in-chief of El Diario la Prensa). A “nonprofit” with a $7 billion budget doesn’t escape the attention of the governor of the state responsible for half of its board members.

Every New Jersey governor and every northern New Jersey mayor, particularly from the cities like Fort Lee that are gateways for commuters, is acutely aware of Port Authority dynamics. Perhaps Christie is such a hands-off manager that his appointment of David Samson, the counsel to his gubernatorial campaign as a Port Authority commissioner, subsequently elected chairman, meant that he could simply choose to ignore a massive tie-up on the bridge and leave it all to his appointees. That flies in the face of both Christie’s self-described hands-on management style and the constant political scrum between the two states in the bi-state agency.

The importance of the Port Authority to the New Jersey state government explains some of the revelations that have emerged since Governor Christie’s marathon apology press conference. For example, one recent revelation is that Port Authority Chairman Samson sent an email to his colleagues on the board that excoriated Port Authority Executive Director Patrick Foye for “stirring up trouble” with his criticism of the lane closures and ordering the opening of the bridge access from Fort Lee, while two of Cuomo’s New York commissioners defended Foye. Another Christie appointee to the Port Authority, the since-resigned David Wildstein, actually monitored the lane closings in person. Both Wildstein and another Christie appointee, Bill Baroni, were informed as early as the first day of the closures that police and paramedics were complaining vociferously. Typically, New Jersey-appointed commissioners go to bat for the interests of communities on their side of the Hudson River crossings, but not in this case, since they were actually pleased with the results of the abuse of power by Christie’s minions.

All of this reminds nonprofits of a critical function. Nonprofits of all stripes should be watchdogs against the abuse and misuse of governmental (and corporate) power. Reports from the mayors of Jersey City, Hoboken, and Elizabeth all describe having been punished by the Christie administration in ways that might have come to the attention of nonprofits; for example, Hoboken mayor Dawn Zimmer reports that her city received only one percent of the state grants it had requested after she declined to endorse Christie for re-election, grants that nonprofits might have used in their programs. For all the good and credible nonprofits in the Garden State, their reputations are impugned by the perception that the abuse of governmental power by Christie’s top aides is, in New Jersey, politics as usual.—Rick Cohen