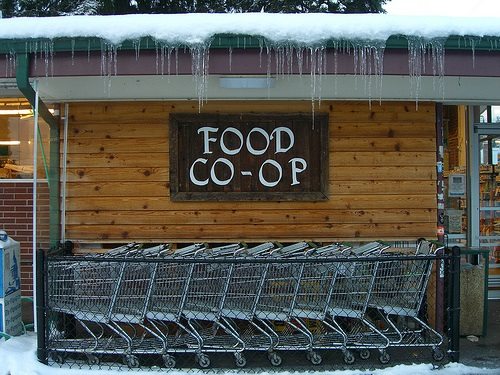 The phrase “think globally, act locally” goes back decades, maybe a century to the writings of Scottish town planner Patrick Geddes, but it shows up in the nonprofit sector in many unusual ways. Perhaps one of the most unusual is the lawsuit against the 15,000-member Olympia Food Co-op based in Olympia, Washington because of its boycott of Israeli goods.

Phan Nguyen, who has been reporting on this story for Mondoweiss for some time, addresses in his article the decision of the Washington State Court of Appeals that dismissed the lawsuit and upheld the ability of the cooperative to decide to participate in the boycott of Israeli goods. According to Nguyen, five members of the co-op had protested the co-op’s participation in the boycott, filing suit in 2011. It may have been the first suit in the nation to compel an entity to overturn its participation in the “Boycott, Divestment, and Sanctions” (BDS) campaign.

The court dismissed the lawsuit as a violation of the state’s “anti-SLAPP” legislation. A SLAPP lawsuit—SLAPP stands for “strategic lawsuit against public participation”—is a legal action taken to intimidate and silence critics by burdening them with the cost of litigation. One typical SLAPP suit that may be familiar is when local residents protest a real estate development and the development’s sponsor responds with a lawsuit hoping to scare the complainants into dropping their public opposition.

A number of states have enacted laws against SLAPP suits, though they are hardly standardized and often narrowly targeted and construed. The significance of state anti-SLAPP legislation may be the core lesson of the Olympia case.

In this instance, the five co-op members who filed the lawsuit weren’t simply on their own, but were connected with well-resourced organizations. According to Nguyen, one of them was the group StandWithUs, whose tagline is “supporting Israel around the world.” Among the “sponsors & partners” of StandWithUs are many mainstream national Jewish organizations and, interestingly, at least three units of the Israeli government: the Ministry of Foreign Affairs, the Ministry of Public Diplomacy, and the Ministry of Tourism. Nguyen quotes from a statement he found on the StandWithUs website that explained that the litigation was filed by StandWithUs in 2011 in partnership with the Israeli Ministry of Foreign Affairs.

While the participation of the Israeli government in a lawsuit between members of a food cooperative located 6,700 miles away from the Middle East might seem to be concerning, the point of a SLAPP suit is that the interests that file it usually have the capital to deploy to outmuscle and outlawyer their opponents and press them into withdrawing the action. SWU’s size reflects the capital needed to wage a successful SLAPP suit with or without Israeli government involvement; according to Form 990s available on Guidestar.org, it grew in revenues in gifts, grants, and contributions from $6.1 million in 2011 to $8.0 million in 2012.

The five plaintiffs plus SWU weren’t alone in their lawsuit. They were helped by an organization called Lawfare, which filed an amicus brief arguing that the food cooperative’s defense was an “egregious misuse of [Washington’s anti-SLAPP statute] to bar access to justice.” The Lawfare Project, Nguyen contends, receives significant funding from one Myron Zimmerman, who he says is also a significant funder for SWU.

It is impossible to read Nguyen’s article or other press coverage of the litigation and fail to see that this food cooperative became the battleground for big international issues, and the cooperative attracted support for its position in the case, just like the member-plaintiffs for their anti-BDS stance. On the cooperative’s side, for example, were lawyers from the Center for Constitutional Rights, which apparently worked for the cooperative on a pro bono basis, though they will receive attorney’s fees if the court so orders after any likely future appeals. CCR senior staff attorney Maria LaHood greeted the court’s decision in favor of the cooperative by observing, “Those who would try to intimidate concerned citizens speaking out on behalf of Palestinian human rights should take note.”

“The law and history are on the side of peaceful boycotts for social change, and today’s ruling reaffirms that this time-honored tradition is protected by the First Amendment,” LaHood added. “Instead of trying to suppress speech calling for Palestinian human rights, opponents should address such speech on the merits.”

The BDS debate gets strong pushback in many places, including in the comments from readers of the NPQ Newswire, some intimating broadly that the BDS movement is inherently anti-Semitic. Israeli Prime Minister Benjamin Netanyahu has described BDS supporters as “classical anti-Semites in modern garb.” Among the reported supporters of the BDS movement, however, are Bishop Desmond Tutu, author Alice Walker, and singer Stevie Wonder.

Some of the debate’s complexity comes from confusion over the aims of the BDS movement: is its objective one of independence for Palestine and the removal of the Israeli occupation of the West Bank, or is it more fundamentally opposed to the existence of Israel itself? The latter is a source of worry even to normally sharp critics of Israel, like political scientist Norman Finkelstein, who is concerned about the possible “disingenuousness” of the BDS movement. If the Olympia cooperative had boycotted only products from Israeli companies operating in settlements on the West Bank (such as the SodaStream products manufactured in a West Bank settlement and hawked on TV by Scarlett Johansson, covered in NPQ here and here), as opposed to all Israeli products, would the five plaintiffs still have protested?

Who would imagine that the controversy over the BDS campaign would filter down to a food cooperative in Olympia, Washington? However, given the global/local connection, this isn’t the first food co-op to be engaged in this kind of controversy. Both the Lawfare Project and StandWithUs were active supporters of a successful effort at the Brooklyn’s Park Slope Food Co-op to fend off a policy to boycott Israeli goods (covered two years ago for NPQ by Ruth McCambridge). In Canada, nearly a dozen student unions at universities have voted to endorse the BDS movement. In the U.S., 66 Vassar alumni recently distributed a letter as part of a group called “Fairness to Israel” charging that “faculty and student supporters of the Boycott, Divestment and Sanctions (BDS) movement against Israel have hijacked campus discourse and imposed an anti-intellectual atmosphere in which professors are ranting activists, not scholars, and students who disagree with the prevailing ‘progressive’ ideology are intimidated into a deafening silence.”

If you look around enough, you might find that your nonprofit is going to bump up against its position—overt, covert, or unintentional—regarding Israel and Palestine, and the current and future status of the West Bank in particular. No one needs to tell this author about anti-Semitism, what with having been the victim of overt, public, and vicious anti-Semitism in his career in the public sector in the 1980s; anti-Semitism isn’t an intellectual concern here, but a reality that had to be confronted repeatedly over a four-year stint as a department director in local government. Anti-Semites pop up in far too many places and associate themselves with otherwise important issues, but their presence doesn’t—or shouldn’t—undo the importance of the issues that might be involved. Hopefully, thinking people can discern and distinguish the anti-Semitism that gloms onto some issues and movements from the underlying issues, such as the rights of Palestinians, that are important for all people to understand and debate without rancor, but with a commitment to human rights.