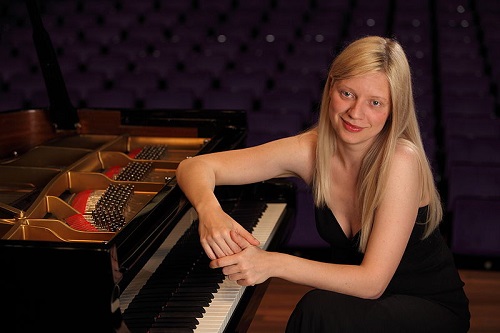 The Toronto Symphony Orchestra (TSO) cancelled two performances of Rachmaninoff’s Piano Concerto No. 2 this week after it dropped Ukrainian-born pianist Valentina Lisitsa from those performances, citing “ongoing accusations of deeply offensive language by Ukrainian media outlets.” The evenings had been sold out.

“Valentina Lisitsa’s provocative comments have overshadowed past performances,” according to a statement from the symphony. “As one of Canada’s most important cultural institutions, our priority must remain on being a stage for the world’s great works of music, and not for opinions that some believe to be deeply offensive.”

TSO President & CEO Jeff Melanson’s said his staff had asked Lisitsa to explain dozens of “inflammatory tweets,” but the pianist, who has more than 9,000 followers, has posted more than 13,000 tweets using the handle NedoUkraïnka, which means “sub-Ukrainian.” Here is one of the tweets in question:

Lisitsa responded in an interview, “The only honorable thing for me is to keep doing exactly what I’m doing.”

“If I would now be just tweeting kitten pictures and about the next concert, people would know that I still have duct tape over my mouth,” she said, referring to a poster she designed to protest against her dismissal. “People would not believe that I became mellow and nice; they would understand that I would be self-censoring, and that would be the worst thing.”

However, the pianist does say, “I was inexperienced on Twitter. I might put some things differently now perhaps.” But still, she says, the TSO took her comments out of context, mistranslated them, or edited them to misrepresent.

On the nights on which Lisitsa was scheduled to perform, the concert hall was only half full for a performance of Mahler, which was to have been the other half of the program. Outside, about a dozen protestors gathered. “She’s an artist. How can art live without freedom?” one protester reportedly asked.

We would love to know what readers think about this and we recommend that you may wish to read more about the uses of social media policies (here).—Ruth McCambridge