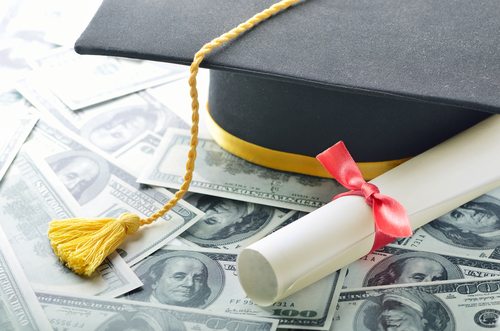 In Republic Report, David Halperin fires a warning shot to the public regarding a set of sectoral conversions. In this case, the concern is not about nonprofit to for-profit conversion but about for-profit colleges and universities moving to nonprofit status. NPQ has been following the comparisons that have been made in the outcomes of for-profit organization versus nonprofits in the same field. We have done newswires comparing nonprofit/for-profit nursing homes, hospice care facilities and charter schools. For-profit colleges may be seen in the same general scheme, but their failings and profiteering have had more of a high profile. A report issued last year by the U.S. Senate Committee on Health, Education, Labor, and Pensions (HELP), chaired by Sen. Tom Harkin (D-Iowa), laid out the excruciating details.

According to the Chronicle of Higher Education, all of the public investigations and media attention has taken its toll and, recently, a number of for-profit colleges, including American Career Institute and ATI, have shut down campuses, shutting out many students while they were at it. Big players like the University of Phoenix, Career Education Corp., EDMC, Corinthian Colleges, and the Washington Post-owned Kaplan, have downsized. The for-profit colleges, as most know, were investigated for aggressive marketing and outsized promises (to veterans, single mothers, immigrants and other aspiring but vulnerable populations).

Some also faced allegations of maximizing their acquisition of government dollars (to the tune of as much as $33 billion per year for the industry as a whole, which made up 85-90 percent of revenue at some institutions) while producing minimally on graduations or employment of enrollees or recent graduates. Research found that many also produced significantly higher rates of students defaulting on loans. The PBS FRONTLINE program, “College Inc.,” documented some of the concerns with the for-profit colleges.

But now, some among these characters may have a new strategy in attempting to convert to non-profit status. At the latest convention of the Association for Private Sector Colleges and Universities, one presentation addressed just this prospect. Halperin suggests that the structure of these conversions should be scrutinized very carefully by the U.S. Department of Education and the Internal Revenue Service to ensure transparency and integrity and to guard against the unjust enrichment of the few. Halperin writes that the reasons for such a conversion may be numerous but might include a desire “to escape the bad reputation of their sector; to become eligible for private, tax-deductible donations and more state grants; to enjoy tax-free status; and, perhaps above all, to avoid strengthened federal and state regulations aimed at preventing for-profit college abuses.”

One such regulation is the 90-10 Rule, which mandates that at least 10 percent of the revenue for for-profit schools must come from sources other than the U.S. Department of Education. The HELP committee concluded that concern about this rule played a part in the recent conversion of Keiser University to nonprofit status. The report noted, “Conversion to non-profit status to avoid a regulation would seem to defeat the purpose of the non-profit tax status, which is to provide an educational and charitable public purpose that justifies exemption from Federal taxes.” –Ruth McCambridge