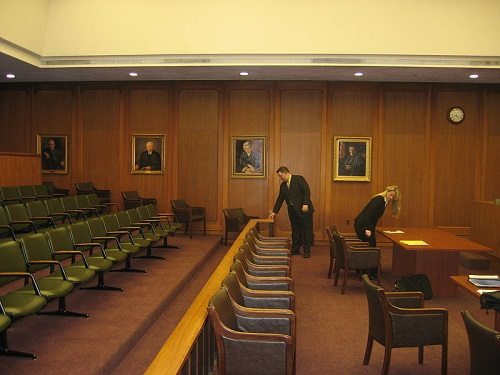 For those who care to remember, one of the culprits behind the near-economic collapse of several years ago was the growth of the risky subprime lending market, which undertook the act of making loans to borrowers who might have traditionally had challenges making payments due to a variety of issues, including unemployment, divorce, or sudden medical crises. Despite these setbacks, borrowers were still able to participate in one of the centerpieces of the American dream: owning a home. The effects of subprime lending led to a flurry of unfortunate events that the world is still recovering from.

If education is another pillar of the American dream, certain practices being exhibited by for-profit and nonprofit universities are following the same path. In a story in the Atlantic, author Paul Campos outlines disturbing trends seen in higher education, specifically highlighting law schools. Campos describes a world where “schools accredited by the American Bar Association admit large numbers of severely underqualified students; these students in turn take out hundreds of millions of dollars in loans annually, much of which they will never be able to repay. Eventually, federal taxpayers will be stuck with the tab, even as the schools themselves continue to reap enormous profits.”

From a student’s perspective, being admitted to law school would be an exciting next step in their professional path. Unfortunately, according to data outlined in the article, those attending bottom-tier schools may suffer a dismal professional fate. One case looks at New England Law, highlighting its $44,000 per-year tuition and the $870K salary of its president, delivering graduates “crushing debt loads and job prospects only marginally less terrible than those of InfiLaw graduates.” (The InfiLaw System comprises a group of for-profit law schools that similarly charge high tuition and produce dismal academic and employment results.)

Although the realization of these challenges has caused a decline in law school applications, for the for-profit model, it may not matter. According to a case frequently referenced by the article, the Florida Coastal School of Law has a model “based on a very-short-term investment perspective: the idea was to make as much money as the company could as fast as possible, and then dump the whole operation onto someone else when managing it became less profitable.”

On the nonprofit side, other methods have been deployed. The head of New England Law recently served as “chair of both the Council of the Section of Legal Education and Admissions to the Bar, which oversees the ABA’s accreditation standards, and of the Section’s Accreditation Committee.” If employment and passing the bar percentages ensure that law schools obtain accreditation, then a low-performing school having their president serve on the accrediting body might be helpful in ensuring future “compliance.”

While the case discusses the problems within the world of law schools, Campos outlines that this is just an example of the challenges being seen in higher education, stating that schools like Florida Coastal have “perverse financial incentives under which they operate are merely extreme versions of those that afflict contemporary American higher education in general. And these broader systemic dysfunctions have potentially devastating consequences for a vast number of young people—and for higher education as a whole.”—John Brothers