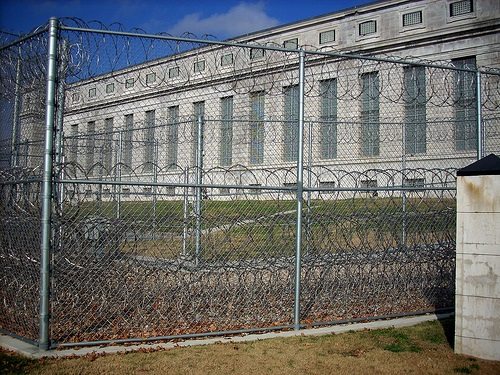 In another indication that nonprofit is the future of American journalism, columnist and former New York Times executive editor Bill Keller is leaving to become editor-in-chief of a nonprofit news startup, the Times and Poynter Online reported.

Keller, 65, will be taking over The Marshall Project, a “not-for-profit, non-partisan journalism organization dedicated to covering the U.S. criminal justice system,” according to its website. It was founded by publisher Neil Barsky, a former hedge fund manager and Wall Street Journal reporter, and begins publishing in the second quarter of the year.

Poynter quotes Keller’s explanation in the Times: “It’s a chance to build something from scratch, which I’ve never done before, and to use all the tools that digital technology offers journalists in terms of ways to investigate and to present on a subject that really matters personally.”

The Marshall Project will have an annual budget of $4 million to $5 million and a staff of 20 to 25 full-time journalists, Poynter reports, with funding from foundations and individual donors.

During his three decades at the Times, Keller won a Pulitzer Prize for international reporting as a Moscow correspondent; chronicled the collapse of apartheid as the paper’s Johannesburg bureau chief; and served as executive editor from 2003 to 2011, according to the original article, which went on to report that under Keller’s leadership, the Times won 18 Pulitzer Prizes. He managed the paper through the financial challenges of the first decade of this century and oversaw an expansion of its website and online audience.

The Marshall Project is modeled on other nonprofit news organizations like ProPublica. The website will include original journalism along with aggregated content from other sources. It is one of the latest journalistic ventures to work outside of the traditional news organization business model. Keller told the Times that he sees himself aligned with Paul Steiger, who left the top post at the Wall Street Journal in 2008 to join ProPublica as its editor-in-chief.

Increasingly, as traditional print publications watch their readerships, advertising, and profits decline, American journalism continues to adopt new technologies and seek new business models that can support solid reporting as well as their employees. More than most “legacy” publications, the New York Times has done a pretty good job surviving the crunch.

Many news organizations are looking at the nonprofit business model as the only way to survive the digital age, emulating the success of National Public Radio, which relies heavily on corporate sponsorships, foundation grants, and individual donors. The Knight Foundation—seeded by the old Knight-Ridder newspaper chain—has been funding considerable research into this emerging trend.

What bucks the trend here a bit is the choice of subject. The U.S. locks people up at a rate that is nearly unrivaled. Not only is this largely ineffective as a response to crime—and thus deserving of Keller’s description as “bizarre”—but it has a devastating effect on communities. The field is reported upon only periodically. This kind of effort could change all that.—Larry Kaplan