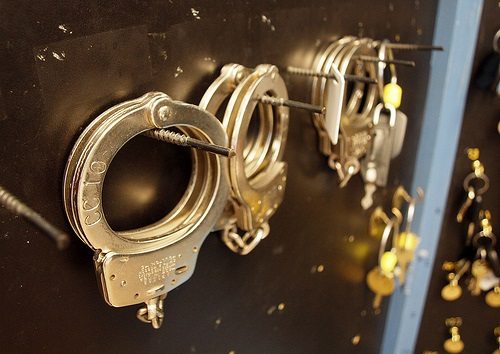 NPQ has covered the movement against the death penalty fairly extensively in the past few years, but few things are as convincing of the need to abolish capital punishment as finding—in this case, after three decades of incarceration—that someone sentenced to death was in fact entirely innocent.

This past Tuesday, two North Carolina men were found to be innocent and were released from prison on Wednesday by a judge after serving more than thirty years in prison for a crime it has been determined they did not commit. The two mentally disabled half-brothers, Henry Lee McCollum and Leon Brown, were just 19 and 15, respectively, when they were both initially sentenced to death for the brutal rape and murder of 11-year-old Sabrina Buie of Red Springs, N.C., in 1983. Brown’s sentence was eventually commuted to life imprisonment, while McCollum has stayed on death row for 30 years.

New DNA evidence found on a cigarette butt at the crime scene revealed the DNA of another inmate, Roscoe Artis, who is currently incarcerated and serving a life sentence in a North Carolina prison for a separate rape and murder similar to that of Sabrina Buie.

While the North Carolina Innocence Inquiry Commission, an independent state agency, was spearheading the defense in this case, other organizations like the Innocence Project, a nonprofit legal organization, have also been working to overturn wrongful convictions. Like McCollum and Brown’s case, DNA needs to be available as a major exonerating factor for the project to take on the case. In addition to the biological evidence, other factors such as prosecutorial misconduct or police misconduct are also considered when exonerating an individual, as they were in McCollum and Brown’s case.

The remarkably weak case against the two young men was seemingly solved when McCollum and Brown signed confessions written for them by the police detectives in Red Springs. Of course, these confessions contradicted one another and came only after an intense five-hour interrogation with detectives without lawyers present.

In a recent interview with News & Observer, McCollum said, “I had never been under this much pressure, with a person hollering at me and threatening me. I just made up a story and gave it to them so they would let me go home.”

Given the unavailability of DNA testing at the time, the criminal case against these two men relied entirely on what turned out to be false confessions.

“The whole case rests on the confessions,” said District Attorney Johnson Britt, the North Carolina county’s lead prosecutor, “and the DNA evidence threw those confessions under the bus.”

The mental capacity of the two defendants adds another complicated layer of intrigue to the case. At the time, Brown was so severely affected that he could barely read or write. Both recanted their confessions at trial.

In 2002, the Supreme Court of the United States decided in Atkins v. Virginia that executing an intellectually challenged individual violated the Eighth Amendment, which prohibits cruel and unusual punishment. Although the Court said an IQ of “approximately 70” constitutes a disability, the case left ample room for states to decide what they consider to be mentally challenged. By these standards, the IQs of both McCollum and Brown allow them to be considered mentally challenged.

Whether McCollum, who has been on death row, could have actually been executed despite his intellectual incapacity is less relevant now that he is exonerated, but it again calls attention to the ongoing debate of the use of capital punishment when reasonable doubt exists, as it was in this case. Can a jury truly sentence a man to death having eliminated all reasonable doubt that he committed the crime?

Capital punishment can be seen as a passionate response to the brutality of many crimes. The graphic nature of the Buie murder has been burned into the psyche of North Carolina politics and the justice system for the past several decades, which may explain the initial response to levy death sentences against both McCollum and Brown. In 1994, United States Supreme Court Justice Antonin Scalia even cited the Buie murder specifically as a case in which capital punishment would be a proper response to the crime. “How enviable a quiet death by lethal injection compared with that!” he wrote.

However, with the advent and evolution of DNA testing in 1989, more and more individuals on death row each year are being exonerated for crimes stemming back as far or farther than the Buie murder in 1983. With this current exoneration of an inmate on death row, critics of capital punishment are gathering more and more ammunition against the use of the death penalty.

According to a study from this past March led by Samuel Gross of Michigan State University using the statistics of death row exonerations, we can roughly estimate about four percent of the people on death row are not guilty of the crimes for which they were convicted. The study says that exonerations are often driven by the threat of the death sentence.

However, most people who are given a death sentence have their sentences reduced to life imprisonment, as was the case with Brown. Ironically, the study notes that after they have been removed from death row, the chance of exoneration drops significantly.

The authors of the study write, “The great majority of innocent defendants who are convicted of capital murder in the United States are neither executed nor exonerated. They are sentenced, or resentenced to prison for life, and then forgotten.” McCollum and Brown can now join the ranks of the lucky few the justice system has acknowledged it has failed while many others on and off death row are still waiting for the same consideration.—Shafaq Hasan