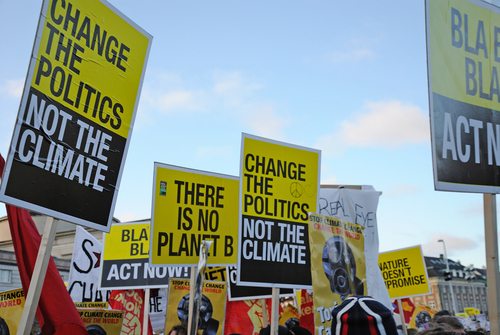 He bases his conclusion on a recent survey of more than two hundred foundation leaders by the Center for Effective Philanthropy. The report based on the survey says that “Foundation CEOs believe the greatest barriers to their foundations’ ability to make more progress are issues external to foundations—particularly the current government policy environment and economic climate.”

This study quantifies what most nonprofit and civic leaders have been saying for years, that a dysfunctional political system hamstrings government, and since the nonprofit and public sectors are joined at the hip, this negatively impacts the effectiveness of philanthropy. The classic 3-P, the Public-Private Partnership, cannot work if one of the partners is not holding up its fair share.

Smith reports that the more than 86,000 independent foundations in the U.S. make about $54 billion in grants every year in a wide range of areas, and although they are “rightfully proud of their accomplishments,” they are not satisfied. They want to have greater impact, but that requires government and politicians to meet them halfway with policies to bring to a large scale the programs piloted with philanthropic dollars.

However, since 2011, more than one thousand American foundations have granted nearly $1.4 billion to organizations advocating for “American democracy [to] live up to its promise.” Smith reprints some of the data displayed in Foundation Funding for U.S. Democracy, a new interactive data platform developed by his Foundation Center with support from eight major funders and the participation of some key affinity groups. The platform defines democracy funding, establishes a baseline for it, and allows users to quickly see who is funding what and where.

The platform breaks democracy funding into four major categories: Campaign and Election Processes, Governing Institutions and Processes, Information and Media, and Public Engagement and Voting. Each category is further broken down, and additional filters let users explore the different approaches used by foundations, as well as their geographic and population focuses.

“This labor-intensive process bridges the diverse program structures and terminology of multiple foundations to produce a coherent overview of funding for democracy in America,” he writes.

Because the Foundation Center and its funders are non-partisan, independent, non-membership organizations, the new data platform includes information that might infer and imply various programs’ political leanings, but those labels are deliberately omitted.

Smith concludes, “Foundations occupy a unique and privileged position in American society…they have supported democracy-promotion activities abroad for decades, and it is entirely appropriate they do so at home. While they possess only a fraction of the resources of government, their independence allows them to take risks, experiment, and pursue long-term strategies in a way that makes their dollars extremely valuable. The health of our democracy matters for foundations, as it does for all of us.”—Larry Kaplan