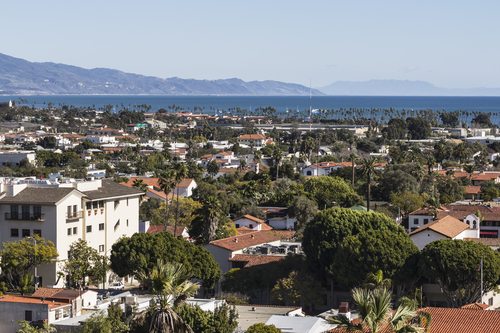 The Great Recession has been tough on everyone, as we all know, but it may have been doubly hard on nonprofits. Not only did the demand for social services increase at a rapid rate as people looked for help, but the funding was decreasing from both government and contributed sources. The window for this latter problem may not be closed, as many foundations that invest in Wall Street average the amount earned over the past three to five years to determine the amount they can give away in grants this year. So, the stock market’s downturn is still included in those calculations. Not to mention the fact that many foundations lost large portions of their principal, which is only now beginning to rebound.

One foundation, the Hutton Parker Foundation in Santa Barbara, California, used a completely different investment strategy, and boasts that since 1998, they have not only been able to make grants to local nonprofits totaling more than $40 million, but their assets have increased from $45 million to $88 million in that time period. Their strategy has been to invest not in Wall Street or anything like it, but in real estate in the Santa Barbara area, much of which is rented out at below-market value to nonprofit organizations.

According to the listings at the foundation’s website, it owns 16 properties in and around Santa Barbara that are home to about 90 nonprofit organizations.  Tom Parker, the foundation’s president, boasts in an interview that the foundation is providing about $1.2 million each year to these nonprofits in the form of reduced rent and below-market loans.

Federal regulations stipulate the private grantmaking foundations must distribute an amount each year, on average, equal to five percent of their assets. Parker claims that the rents paid by nonprofit tenants easily exceeds that amount, and is turned around in the form of grants to area nonprofits. He claims that foundations that invested in Wall Street and lost have had to sell off some assets in order to be able to meet the federal stipulation.

The unique part of this blueprint, called Under One Roof, is a strategy of investment in and for the community being served by the foundation. The foundation has invested in quality real estate provided at low cost to area nonprofits ranging from University of Antioch Santa Barbara and Goodwill Industries to Ally Learning Center and the Santa Barbara School of Squash.  Some buildings seem to have a common theme; one, for example, houses seven different performing arts organizations. Another has many nonprofits that are helping people who are aging and facing issues of dementia. The very rent these organizations pay for this investment is then turned into grants to nonprofit organizations throughout the Santa Barbara community.

Although there is some fluctuation in the real estate market, the foundation is far less affected by that in terms of what it can give away because the rents being paid remain at the same level. Traditional Wall Street investors rely upon returns on their investment and in times of a downturn, that income will be very low.

This investment in and for the community is outlined in Hutton’s book, The $100 Million Dollar Secret. Perhaps the “secret” is actually the foundation’s posture in its relationship to the nonprofit sector. NPQ has run many articles over the years about philanthropy and the role of foundations, including a recent series on the idea of strategic philanthropy. Some argue that philanthropists should take a lead, and invest where they know their money will have an impact. Others argue that foundations should simply write the check and then get out of the way.

The Hutton Parker Foundation’s model is different, and represents one of a handful of foundations that are innovating ways to better partner with nonprofits. This model is not about leading or following the sector, but about partnership with nonprofits. In his President’s Message on the foundation website, Mr. Parker suggests, “I have always believed that the purpose of a private foundation is to provide support to the nonprofit sector…Our job is to listen to the nonprofit sector—to the people and organizations serving our communities—and to respond to their needs.”—Rob Meiksins