Foundation to Navy SEAL Author: We Don’t Want Your Donations 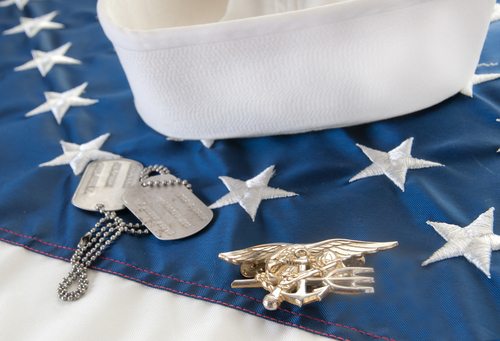 No Easy Day, a first-person nonfiction book from one of the Navy SEALs who participated in the raid that resulted in the killing of Osama bin Laden, soared to the top of the bestseller list this week. The book was written by Matt Bissonnette (along with a co-author) under the pseudonym Mark Owen, and the Pentagon is not at all happy about its release. Pentagon officials say that Bissonnette, whose work included photographing Osama bin Laden’s dead body, did not follow the standard process for pre-publication review of any material that could contain sensitive national security information. The Pentagon is not saying that the book actually contains such information, but clearly considers Bissonnette’s alleged affront to the standard protocol problematic.

In the book, Bissonnette lists a few charities that he supports, and one of them is the Navy SEAL Foundation, but the foundation says it will not accept any donations that might be generated by the book’s sales. The foundation posted the following brief statement on its website:

“The Navy SEAL Foundation has received numerous inquiries regarding receiving potential proceeds from the sale of the book No Easy Day: The Firsthand Account of the Mission That Killed Osama Bin Laden. The Navy SEAL Foundation is committed to providing immediate and ongoing support and assistance to the Naval Special Warfare community and their families. With this principled mission in mind, the Foundation will not be accepting any donations that are generated from the book or any related activities. The Department of Defense (DOD) is considering pursuing legal remedies against the author. As a 501(c)(3) charitable organization, the Foundation is not involved with any of the actions taken by the DOD. The Navy SEAL Foundation honors our warriors and protects their families.”

In addition, Navy SEALs Rear Adm. Sean Pybus has reportedly instructed his team that, “We do NOT advertise the nature of our work. NOR do we seek recognition for our actions.” However, as Rick Cohen notes in another newswire today, U.S. Defense Secretary Leon Panetta himself hasn’t been entirely tight-lipped about Bin Laden’s capture, and a Pakistani doctor employed by the C.I.A. may now be paying the price for that.

Will other Armed Forces charities follow the Navy SEAL Foundation’s lead on this, or will others accept Bissonnette’s potential donations despite the Pentagon’s qualms about his alleged disregard for publishing protocol? It’s not always simple to figure out what constitutes “tainted money” in this world, a debate that has surfaced many times over the years, including the 40 years past iconic discussions about whether feminist groups should accept money from the Playboy Foundation. Paul Dunn’s “When a Donor Becomes Tainted” offers some considerations on such matters and is an excellent read. Let us know what you think about this situation. –Mike Keefe-Feldman