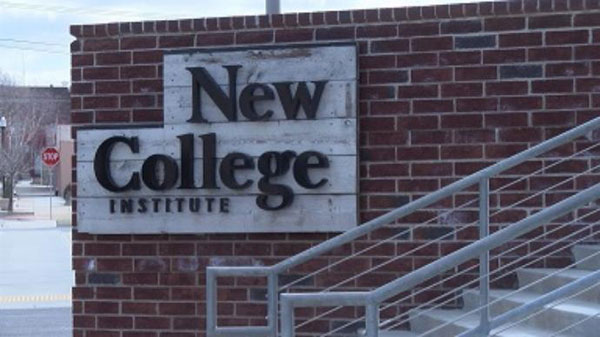 In 2006, the New College Foundation (NCF) was created to “provide the ‘margin of excellence’ to enable the New College Institute to continually grow and prosper, meeting the changing needs for higher education and economic growth for Martinsville, Henry County and this region of the Commonwealth (of Virginia)”—a place that had lost 19,000 manufacturing jobs over two decades. But the financial returns to the college have been small—16 endowed scholarships worth a total of $46,000 this current school year. Meanwhile, NCF, as owner of the new facility that houses the college, charges it $383,000 per year in rent, putting a growing chill on the relationships between the two boards and staffs.

What’s the backstory behind this seeming dysfunctional relationship between a college and its nonprofit fundraising arm? The arrangement is certainly a common one, with as many as 2000 foundations created in the US since 1890 to support higher educational institutions, both public and private. The story itself is complex, rooted in ambitious investments made by a much larger philanthropic entity, the Harvest Foundation, created in 2004 by the sale of the local nonprofit hospital. Harvest sought to leverage its $200 million endowment to revitalize this Virginia county of 68,000, once called the “sweatshirt capital of the world” but now famous only for its paperclip-shaped, short-track speedway.

In 2006, an opportunity to truly catalyze local economic development quickly surfaced for the new Harvest Foundation. Both then-Lieutenant Governor Tim Kaine (now Senator Kaine) and a bipartisan set of state and local officials had been advocating for a public college in southern Virginia, the only region without one. In 2004 the General Assembly committed $1 million to assess regional and employer needs in this underserved part of the state. To sustain the legislative momentum and steer investment to Martinsville and Henry County, the new Harvest Foundation issued an audacious challenge to the state: You establish a new baccalaureate-level college in Henry County that is part of the state’s network of colleges and is funded in proportion to existing institutions, and we’ll contribute $50 million.

At first, the strategy looked promising. But Virginia’s commitment to establishing a four-year-degree-granting institution in southern Virginia fizzled, the result of a “cloudy fiscal climate” and fears from the existing public universities that their share of the higher ed pie could shrink. Despite this very significant setback, the new educational institution was launched as the New College Institute (NCI) and the Harvest Foundation began to invest in it, ultimately ploughed nearly $23 million into its operations. Harvest’s funds were supplemented by the state legislature, most recently at $2.6 million this year, possibly thanks to the five legislators on the college board.

But in late 2016, the spigot shut off, with the Harvest Foundation’s trustees concluding that “12 years was enough time to show progress towards the goal” of launching a baccalaureate degree granting school” and that this goal had not been met. No more funds would be granted to NCI. Instead, the foundation shifted its post-secondary investments to the local community college, granting a total of $8.9 million in 2017 and 2018 to make the first two years at Patrick Henry Community College free for recent county high school graduates. Harvest invested in equipment and staffing to increase the number of graduates in “fast growing job sectors” in the local economy—nursing, welding, and the “next-generation advanced manufacturing.”

But more important questions about the role of philanthropy in rural economic development should be asked. With a $200 million corpus, a broad definition of “health,” and a footprint comprising only 68,000 people, what is a meaningful investment strategy for a new philanthropic institution seeking to change the trajectory of a struggling community? Should a new higher-ed institution be created and sustained, or should existing institutions be strengthened and sharpened? Could the Harvest Foundation’s $23 million over 12 years have been should more effectively deployed? What role should the state play? How should these decisions be made? And how should progress be assessed?

Fortunately for learning’s sake, there’s a control experiment going on in the county next door where another health conversion foundation of similar size and vintage is also trying to turn around its ailing regional economy and aging workforce—but with a theory of change that’s carefully elaborated and thoughtfully tested with plenty of publicly available data to share. Let’s use these experiments to learn about the complex role of philanthropy in community and economic development, ask the hard questions and hope for thoughtful answers.—Debby Warren