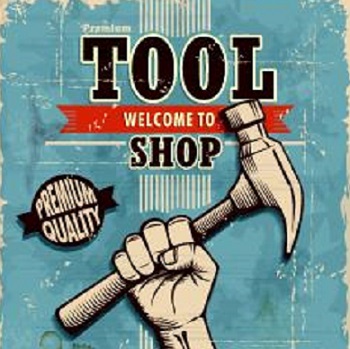 Private and family foundations are subject to more stringent tax laws and regulations than ever before. Understanding the nuances of private foundation laws is especially important now, given increased scrutiny of tax-exempt organizations by Congress and the Internal Revenue Service (IRS). As private foundations transition to successive generations of leadership, the challenges will become even more complicated. The following are four areas from which complications and issues often arise.

We are used to thinking that corporations and those who manage them must deal with each other at arm’s length. There is particular emphasis on arm’s-length dealing between a charity and its managers. The conflict of interest policies that most charities have are generally aimed at disclosing conflicts of interest and having the interested board or staff member not participate in the vote or administration of a conflict transaction.

The individuals and entities that the foundation is prohibited from dealing with are called “disqualified persons.” The following types of persons count as disqualified:

What transactions between disqualified persons and foundations are prohibited?

What if the foundation owns stock in a company that is a disqualified person (because, for example, the company is more than 35 percent owned by a substantial contributor to the foundation) that it must dispose of after five years under the excess business holdings rules? A redemption of the stock by the corporation is a self-dealing transaction unless all stock of the same class is subject to redemption on the same terms.

Loans and extensions of credit—These are self-dealing even if adequately secured and paying market rate interest. Under an exception, a disqualified person can make a loan to the foundation if it is without interest or other charge.

Furnishing goods, services or facilities—A foundation many not provide office space, a car, secretarial help, meals, publications, parking, etc. to a disqualified person unless providing the item is reasonable and necessary to carry out the foundation’s exempt purposes. Think of the founder who, under the exception for compensation for services, has been operating the foundation and now has turned operations over to the next generation, but wants to maintain a personal office in the foundation space. The foundation cannot house the founder’s personal office or provide other goods and services, even if he pays fair market value.

A foundation may provide incidental meals and other items to a foundation manager if providing the item is reasonable and necessary to carry out the purposes of the foundation. It may also provide goods or services to a disqualified person if they are supplied on a basis no more favorable than to the general public and a substantial number of people other than disqualified persons are using such goods and services.

Under this exception, the reimbursement of a disqualified person’s expenses reasonable and necessary to carry out the exempt purpose of the foundation is not an act of self-dealing, nor is the payment of advances for expenses anticipated in the immediate future.

So what is the answer when a foundation is housed in the offices of a disqualified person corporation? Can the foundation pay rent? Utilities? Expense of the copying machine? Salary of clerical and secretarial assistants? The foundation cannot pay rent or reimburse any expenses to the corporation. If separately metered, it could pay utilities. It could buy its own copier and hire its own support people.

One teaching of the excess benefits rules is that in determining whether compensation is reasonable, all forms of compensation must be considered: cash compensation, contributions to health and retirement plans, most fringe benefits, club memberships, spousal travel—everything.

To follow the rebuttable presumption procedure, the foundation would have to have an independent portion of its board compare the total amount paid to the total amount paid for comparable services to a comparably sized institution providing comparable services in a similar location. The regulations also say that the experience, education, and particular expertise of the person being compensated must be considered. The independent board members must document contemporaneously their reasoning that the compensation is reasonable, referring to the comparables.

There are excellent comparability data available from the Council on Foundations and other sources, with salaries broken down by geographic region, position and foundation size. However, most databases do not include compensation values other than cash compensation.

The general rule is that the combined holdings of a private foundation and all disqualified persons is limited to 20 percent of the voting stock of a corporation conducting a business, or 20 percent of the beneficial or profits interest of any unincorporated business. The rule is enforced through prohibitively high excise taxes when a foundation and its disqualified persons hold excess business holdings in a business enterprise.

A business enterprise does not include, and therefore there are exceptions for, a trade or business related to the private foundation’s exempt purpose (a demonstration farm, for example), program-related investments, and a trade or business for which at least 95 percent of gross income is derived from passive sources such as dividends, interest and rent.

The private foundation has five years to dispose of excess business holdings acquired by gift or bequest (or certain readjustments of the business). If the private foundation receives the business holdings by will or trust, the five years begins when the distribution occurs (not the date of death, for example). The IRS can, by ruling, allow up to an additional five years to dispose of the excess holdings, in the case of an unusually large gift or bequest of diverse holdings or holdings with complex corporate structures.

The five-year clock starts ticking when the business interest or stock is contributed. If the proposed sale falls through, there may be a problem. The business cannot redeem shares from the private foundation alone—that would be self-dealing, unless the business offers to redeem from all the owners on the same terms. Also, absent a cash contribution or the foundation’s receipt of dividends, there may be no cash with which to make the required annual distribution for charitable purposes of five percent of the value of the foundation’s net investment assets.

Grants to Charities That Lobby

Grassroots lobbying is an attempt to influence legislation through an attempt to affect the opinion of the general public. Grassroots lobbying must refer to specific legislation, reflect a view on it, and encourage the recipient to take action either by stating that the recipient should contact government representatives, by including the address or telephone number of a legislator to contact, by providing a petition or postcard, or by identifying legislators who are undecided.

The rule that a private foundation generally may not lobby has narrow exceptions for written invitations to advise governmental bodies or for self-defense (to lobby against a decrease in the charitable contribution deductions for gifts to foundations, for example).

Because public charities are limited in lobbying and because private foundations generally cannot lobby, private foundations have been reluctant to fund public charities that lobby, although in many cases lobbying is the most effective way for a public charity to further its mission. One of my colleagues is fond of referring to an organization with a mission of improving infant nutrition. Through lobbying for a legislative program, this organization helped bring formula worth $18 million a year to city infants. As my colleague says, the organization’s fundraising efforts could never have raised that kind of money.

Helpful Regulations Make It Clear That…

Although it is not required, many private foundations put a statement in grant letters to public charities that as condition of the grant the public charity agrees not to use grant funds to influence legislation, influence the outcome of any election or conduct a voter registration drive. This type of statement should not be included, because it could prevent the public charity from using the grant funds for lobbying it would otherwise be permitted to use.

A private foundation is not lobbying if it conducts nonpartisan analysis, study or research, i.e., an independent and objective study of an issue. The study can even take a position on the issue—in other words, it can indicate that the foundation is in favor of or against legislation—so long as there is a sufficiently full and fair exposition of pertinent information to enable a reader or listener to form an independent conclusion. The regulations give an example of a foundation that conducts a research study of a pesticide at a time when several state legislatures are considering legislation to ban the pesticide. The resulting report may indicate that the foundation supports the legislation (or does not support it) so long as the factual presentation is sufficiently complete to permit a reader to draw his or her own conclusion about the legislation.

In conclusion, to avoid complications as a result of increased laws and scrutiny, private foundations should be particularly careful with matters involving self-dealing, compensation for personal services, excess business holdings, and grants to charities that lobbies.

Virginia P. Sikes is a partner in Montgomery McCracken’s Nonprofit Organizations Practice Group in the firm’s Philadelphia office. She concentrates her practice on tax controversies, state and local taxation, and tax-exempt organizations, including foundations.