A Founder and Nonprofit Forcibly Parted: The Importance of the Board Chair Role 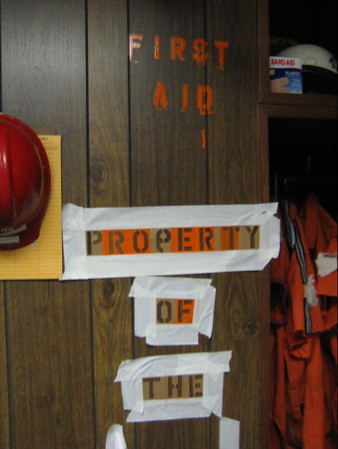 In Portland, Oregon, the board of the Disjecta Contemporary Art Center announced in mid-November that the founder and executive director, Bryan Suereth, would be fired as of the end of the year because of leadership conflicts. Suereth founded the 17-year-old arts space four years before it became a 501(c)(3) nonprofit in need of a board in 2004. Since then, he has served at their discretion, which has now ended abruptly.

The organization’s IRS Form 990 report for 2015 shows it as having a budget of just under $500,000. Its staff is small, and Suereth is not well paid. It’s the very picture of a first-stage operation, and during periods of growth, managing those can sometimes get away from a founder. It takes a skillful board chair or mentor to help cross that bridge from small and informal to more systems-based, but not handling that shift properly can create any number of problems between an organization and its supporters.

We are always surprised and disappointed by the either/or rhetoric of such situations and the blindness to issues of one’s own personal style. Suereth says that when Christine D’Arcy became board chair in 2014, “we lost structure and guidance.” He added, “She can be very terse in her mode of communication. She’s a systems-oriented, law-and-order type, and I’m an impulsive but pragmatic rule-breaker.”

D’Arcy headed up the Oregon Arts Commission for twenty years, leaving there in 2014, according to one report “over a mix of personality conflicts and clashing priorities—not unlike what led to the transition at Disjecta.” D’Arcy, on the other hand, says the issue wasn’t her style but his performance: “The board conducted a performance review of Bryan in late 2015. He was credited for his transformational role as founder, but one hundred percent of the board felt that stronger management skills were needed.”

D’Arcy and another board member discussed keeping Suereth on as founding advisor with a paid stipend for the year, but said Suereth “did not wish to discuss the proposal.” Moving forward, D’Arcy plans to develop a business model that will increase revenue, maximize fees from rentals and events, and grow the art center’s audience to secure more financial donors.

It is a painful story, even to listen to third-hand. Suereth told supporters by email, “It seems surreal that my tenure could end so tersely, behind closed doors, and without community input…I’ve sacrificed immensely to build Disjecta, and I cannot distance myself from the feeling that it is being stolen from me.”

Some of those supporters ended up offering $300,000 in donations to keep Suereth in place, but the board turned the offer down. One supporter commented, “I don’t believe the organization will be able to function without Bryan’s brain trust.”

Suereth said, “I feel they’ve disrespected me and imperiled Disjecta in a way that didn’t have to happen. But I definitely have an inclination to stay involved in this community. I have an idea of starting an artist residency in the Gorge. I feel I still have an immense amount to give.”

Today, NPQ is rerunning as a feature Deborah Linnell’s classic “Founders and Other Gods” to remind us all of the old systems thinking rule that morality (in nonprofits as elsewhere) depends upon foresight.

The role of board chair is always important, but it’s particularly so in periods of organizational stress. The chair often sets the tone for the degree of deliberation needed on important questions. It bears at least part of the responsibility for foreseeing problems and establishing foresighted agendas. Lastly, it can serve as a critically important friend-type partner for the ED, whether that role is or is not going well. In the end, in this, as in other such situations, there appears to be a great deal of waste and heartache that need not have occurred.—Ruth McCambridge