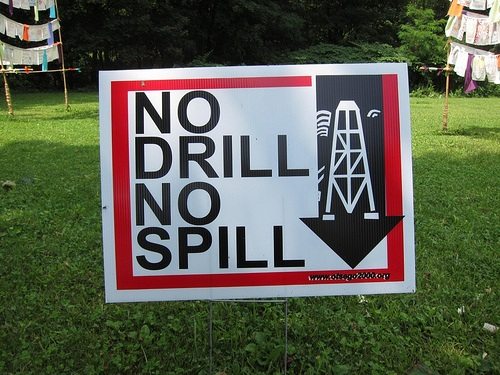 During the summer, NPQ covered the departure of a senior environmental program director at the Heinz Endowments. We suggested that she felt pushed and the push might have involved Heinz’s relationship to controversies around fracking. NPQ researched and revealed the holdings of the Heinz Endowment in major oil and gas drilling companies and the presence of the president of the Endowments, Bobby Vagt, on the board of a Houston-based natural gas pipeline and storage company. The process of nudging Caren Glotfelty out of her job was messy, the explanations less than compelling, and the aftermath a feeling of uncertainty, with more to come.

The next stage of the story has come to pass. Writing for the Pittsburgh Tribune-Review, Bill Zlatos reported that Vagt himself has resigned. He apparently announced his decision earlier this week, though with no specific date for actually leaving the foundation. His resignation, following those of Glotfelty and communications director Doug Root, who left at the same time as Glotfelty, adds up to a shake-up.

Zlatos indicates that these top leadership changes reflect the influence of Andre Heinz, the son of chairwoman Teresa Heinz Kerry, who is a big advocate of wind, solar, and biofuel energy technologies. Zlatos reports that Heinz was unhappy with Glotfelty, and presumably Vagt, over a foundation grant to create the Center for Sustainable Shale Development, a group that says that natural gas drilling can be done in an environmentally safe way.

If it is true that the departure of Vagt, in the wake of those of Root and Glotfelty, is over the foundation’s support for clean fracking, will Heinz also drop its investments in oil and gas fracking companies? As NPQ revealed in August, as of 2011, the Heinz Endowments had substantial holdings in oil and gas companies, including the Tulsa-based Williams Companies, Marathon Petroleum, Northern Oil and Gas, Occidental Petroleum, Key Energy Services, Devon Energy, C&J Energy, Anadarko Petroleum, Swift Energy, and Southwestern Energy, among others (with Anadarko, Southwestern, Devon, and Williams listed among the nation’s top 10 gas drillers that year). How could Heinz potentially oppose the pro-fracking positions of foundation staff and not move to eliminate its holdings in major players in the industry?

It all goes to show that foundations, with trustees drawn from business and affluence, and with investments in major corporations, are not immune from politics. For analysts of foundations, it is completely insufficient to examine what foundations do with their grantmaking, the five percent of their endowments they spend every year. It is essential to understand how foundations invest their dollars, as well as where they make their grants, to figure out where a foundation stands on the critical issues of our day.—Rick Cohen