Franchising Social Enterprise: 5th Panera “Pay What You Can” Café 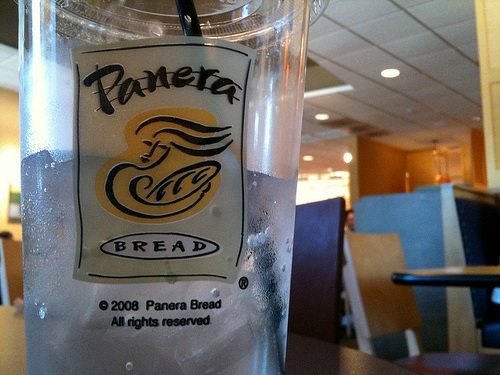 NPQ has previously noted the Panera Foundation’s efforts in establishing four “pay what you can” restaurants, and now, a new Panera Cares Café, the fifth in the nation, has opened in Boston. The Panera Cares model enables those in need to get food without any stigma and any revenue that the restaurants generate (by customers and donations) above operating costs is directed toward local community programs. In Boston, the first day’s receipts reportedly totaled 109 percent of the retail value of that day’s food and beverage sales. According to Businessweek, after an initial outpouring of generosity in the opening week, the other four stores (located in Chicago, Portland, St. Louis and Detroit) tended to stabilize at about 75 percent of the suggested price, with about one-fifth of diners paying less than the suggested amount.

Interestingly, the first Panera Cares location, in St Louis, had to implement a “one entrée per customer” policy when the store realized that some nearby offices were sending one employee to pick up orders for an entire floor and, despite the large transaction, paying only a few dollars. We love the spirit of this experiment, so let’s hope a few jerks don’t spoil it with similar attempts to game the system. –Jeanne Allen