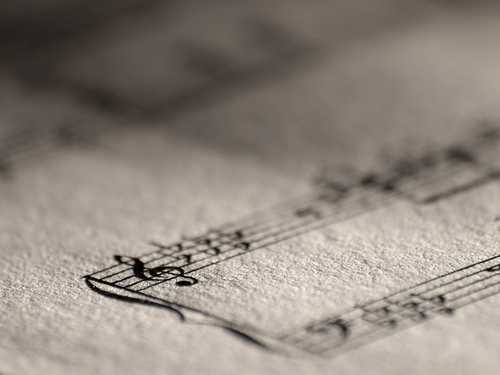 NPQ has covered a number of stories over the past few years where a small local cultural institution has been faced by market forces that require change. In a few cases we have chronicled a bookstore or a video store that has turned into a nonprofit and structured its offerings and finances differently, but sometimes the message from the market is different. When that’s the case, it is important to recognize that fact.

Frank Music Company is the latest brick-and-mortar music store to bow to the pressure of online competition. Store owner Heidi Rogers told the Wall Street Journal that Frank Music had been struggling for years and that she’d gone from “seeing 15 to 20 people per day to seeing two or three” as music “became readily available online.”

The store, which opened in 1937, has been a place where musicians, composers, singers, educators, students and music lovers young and old would shop and also have a chance to meet, socialize, and get answers and ideas from staff and from each other. Ms. Rogers, who bought the store in 1978, said while there are other places that carry classical sheet music, including the Julliard School’s bookstore at Lincoln Center, Frank Music is the “last store in the city dedicated to selling classical sheet music.” According to the Journal, the store’s celebrity clients included pianists Emanuel Ax and Jeremy Denk, violinists Itzhak Perlman and Pamela Frank, and cellist David Finckel. Readers commenting on the WSJ Frank Music story reflected on its closing as a loss of a city landmark, a social gathering place and a trusted venue.

Last June, the Washington Post similarly announced that Dale Music, the D.C.-area’s last sheet music store, would be shuttered after 64 years. And a few months before that report, Naomi Lewin, host of New York City’s classical music station WQXR, reported the closing of the iconic J&R Records, after 43 years, saying it had “gone the way of Tower Records, HMV, Virgin Megastore, Sam Goody and other brick-and-mortar shops that used to make New York City a music superstore haven.”

There’s been great concern about decline in audience for classical music recording and performance. Last month, Slipped Disc, a site that reports on classical music and related culture, somberly quoted Neilsen Soundscan data saying “only one classical record—The Ultimate Bocelli—sold more than 350 copies” in that previous week. However, it’s worth noting that Slipped Disc itself reports having site traffic of more than a million visitors, so arguably there’s substantial audience to be had.

But sustaining a brick-and-mortar store is particularly difficult these days, as evinced by the struggles faced by the book, music, and other industries to compete on many fronts with digital giants like Amazon, specialty websites, and the myriad free sources of music and literature that seem to spring up at every turn.

Ms. Rogers told CBS 1010 WINS Radio’s Al Jones that consumers are “voting with their dollars or their lack of dollars, and the only thing I wish is that Amazon would go bust.” Unfortunately for other Manhattan retailers who may wish the same, they may soon have added competition on the ground if Amazon proceeds with plans for their own brick-and-mortar store in midtown.

But for Frank Music, the finale will consist of sending the store’s remaining stock of “hundreds of thousands of scores” via a gift from an anonymous donor to the Colburn School, a music conservatory in Los Angeles.

So, like the community center it once was, the remains of Frank Music will be redeployed for the public good.—Susan Raab