Fraud Alleged at the Buffett Foundation and Elsewhere 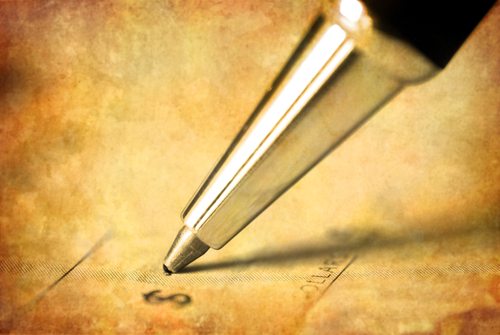 About those checks and balances…Dhaval S. Patel, who was a senior program officer with the Susan Thomson Buffett Foundation, which gave away $247 million worldwide in 2010, has been charged with stealing $46,000. The Susan Thomson Buffett Foundation is named after billionaire Berkshire Hathaway Chairman Warren Buffett’s former wife, an active philanthropist in her own right, who is now deceased.

The Omaha World-Herald, which, it should be noted, is owned by Buffett, reports that Patel, who made about $190,000 a year, was fired in mid-April and the charges were brought against him on Monday. Between January and April of this year, Patel was allegedly a clumsy and frequent practitioner of the “short con,” with a “mark” that one would have to assume was on top of its books. Authorities say Patel turned in false receipts for various types of expenses as he traveled the world on the foundation’s dime.

In one instance, investigators allege that Patel turned in handwritten receipts for reimbursement for lodging expenses at a CARE guest house but CARE told the investigators that it paid all of those expenses and others for which Patel sought to get reimbursed. He did plan ahead, however, which might cost him points in court if the allegations are found to be true. In another CARE-related case where Patel sought reimbursement, he allegedly wrote to the organization, “your country folks will be taking care of all of the arrangements for hotel or other type of accommodations so I will not have to directly pay. … Can I also assume that any of the internal flights and boats will be paid for already as well?”

If convicted, Patel would face up to five years’ probation or 20 years in prison. Whether the allegations are true or not, the situation reminds us all that we need those checks and balances in place. While they may not prevent all instances of fraud, they do allow them to be caught relatively early.

This was evidently not the case for the Trauma Intervention Program in Vista, Calif., which prosecuted 79-year-old Judy T. Gordon for writing 181 checks to herself worth $300,000 over a four-year period. She had been employed at the agency for 23 years and the founder said that they thought she loved the program. Clearly they trusted Gordon, and why not? But people can be confounding, and for all involved, it would clearly have been better to catch Gordon early rather than later. She has been sentenced to a year in jail and to repay the agency at $500 per month. Though the district attorney called the scheme “sophisticated” and we were not involved or close observers, we can think of a number of provisions that likely would have shone some light on the situation earlier.

So even if you are not required to have an audit, make sure that you review your systems to ensure that you safeguard the organization. It is well worth the time and money. –Ruth McCambridge