Free Health Clinics are Bridges to Justice for the Undocumented 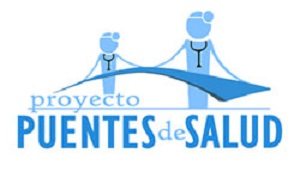 Even after the national health insurance reform gets fully underway, some immigrants, such as Mery Martinez in Philadelphia, will be left out of coverage. Martinez is one of the millions of undocumented immigrants in the U.S., as many as 11.7 million, who won’t be able to take part in the healthcare benefits of the Affordable Care Act.

Like many undocumented immigrants, Martinez has had to rely on the availability of low-cost or free health clinics. With their omission from Affordable Care Act coverage, undocumented immigrants might find themselves going to nonprofit clinics that specialize in reaching out to and treating this population. Facing some health issues, Martinez went to the nonprofit Puentes de Salud, which uses a consulting room at the University of Pennsylvania medical school for patients like her. The co-founder of Puentes de Salud, Steve Larson, a professor of emergency medicine at Penn, says that his clinic is different from others because it also tries to address “the underlying causes of illness, like poor nutrition, illiteracy or urban violence.”

This article in the New York Times summarizes the problem for undocumented immigrants:

“The new federal healthcare law does not provide assistance to illegal immigrants, who are generally ineligible for Medicaid, cannot get federal subsidies for private insurance and cannot use the new insurance exchanges to buy unsubsidized insurance with their own money…Under the federal Affordable Care Act, such immigrants are exempt from the requirement to have insurance.”

The future of access to healthcare for undocumented immigrants for the moment is going to depend on nonprofit clinics like Puentes de Salud. The clinic currently operates with a $350,000 budget and only two full-time employees, supplemented by volunteer services provided medical students and community volunteers. Larson is now trying to raise money to open a 7,000-square-foot clinic, with half its space dedicated to clinical services and half to preventive and educational services like nutritional services, literacy training, and sex education.

Part of the challenge remains the insecurity of people like Martinez. A Honduran immigrant, Martinez crossed the Mexican border into Texas in 2003, worked as a house cleaner, and is now unemployed without income. To avoid being picked up and deported by immigration authorities, she doesn’t even go to food pantries.

The problem of providing healthcare coverage to undocumented immigrants isn’t just due to the lacunae in the Affordable Care Act, but differences even from county to county in some states. For example, in California, where there are an estimated 2.8 million undocumented immigrants, all ineligible for the ACA’s coverage and even for the coverage offered by the state Medi-Cal program, the counties set their own standards regarding who can get treatment in programs offered by county governments—for example, no coverage in San Bernardino County, but coverage in nearby Los Angeles County. State Senator Ricardo Lara earlier this month introduced a bill to make health insurance available to all residents, irrespective of their immigrant status, noting that a person’s immigrant status should be irrelevant if the objective is to provide all Americans with decent, affordable coverage.

“Puentes de Salud” is Spanish for “bridges to health.” For people like Mery Martinez, these nonprofit health clinics offering low-cost or no-cost treatment for undocumented immigrants, they are also “puentes a la justicia.”—Rick Cohen