Free Textbooks? An Innovation without a Business Model 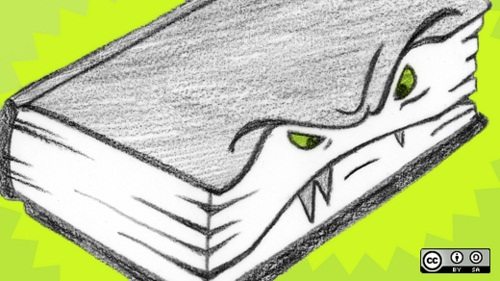 As anyone who has gone to college knows, the costs of textbooks can be prohibitive. So now that publishing may be done more cheaply online, why not make them significantly less expensive or even free? Writing for the Chronicle of Higher Education, Alisha Azvedo looks at the never-never land (business plan-wise) of free e-textbooks.

This story is especially interesting in the wake of the apparent suicide of Aaron Swartz, the 26-year-old co-founder of Reddit. Swartz, a passionate advocate of open information, hacked into the JSTOR archive at the Massachusetts Institute of Technology and “liberated” millions of academic articles as a part of his life’s mission. Swartz later commit suicide in the face of what many saw as an overenthusiastic government prosecution. We should also look at this article in relation to the increasing availability of free online courses from institutions of higher learning.

Like the rest of publishing, some textbook publishers are playing with the business models, experimenting with a mixing and matching of revenue streams. Azvedo points to the example of Flat World Knowledge Inc. The company was piloting a “freemium” model for electronic copies of textbooks, charging only for supporting materials. The company’s model allowed instructors to customize textbooks and enabled students to pick different packages of content—textbooks in different formats, related study guides, and so on—according to their needs. This will not change but none of the material will be free now, though Flat World will still make it available at a relatively low cost.

Open access textbooks are struggling with a number of factors in bringing their wares to market and making them sustainable over the long haul. Everyone seems to agree that the magic is in making sure that faculty uses the books, that the textbooks’ quality doesn’t lapse even when the writers are volunteers, and that the right partners are bought in. In some cases, the capital has been obtained through philanthropic dollars.

Richard Baraniuk, the director of the OpenStax project at Rice University and a professor of electrical and computer engineering, tells the Chronicle, “Too many projects are just focused on sort of informal sharing of material by instructors, which is great, but is not necessarily sustainable…There hasn’t been enough focus on generating content which is truly high quality, that can stand on its own and compete in a world marketplace and be free.”

There are many trying to find the right blueprint, though. Gov. Jerry Brown (D-Calif.) signed two bills this past fall to establish an open-textbook project that would develop textbooks with assistance from nonprofit organizations. The Chronicle reports that it would “charge for printed copies, and provide online texts free.” According to the Chronicle:

“The laws require the creation of an online library of open-source textbooks for 50 undergraduate courses, overseen by a council of nine professors from the state’s three higher-education systems. The group will choose the courses, set up a way for authors to apply for funds to develop the textbooks, and create a review system for submitted textbooks.”

While the California legislature funded the project to the tune of $5 million, the project will require matching funding and plans are in the works to ask the Bill & Melinda Gates Foundation or a similar organization.

John Gallaugher, an associate professor of information systems in the Carroll School of Management at Boston College and the author of a very popular textbook titled Information Systems, says that academic rewards are not yet accruing to those who write online texts: “By giving my text away, I had an enormous impact on the field. But that isn’t going to move me from tenured associate professor to tenured full professor. If there’s no career incentive and no financial incentive, then it real­ly relies on faculty altruism.” –Ruth McCambridge