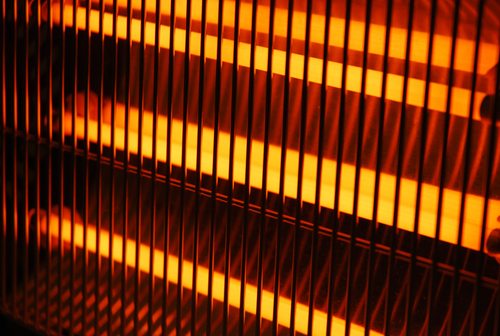 In the face of the last month’s record-setting low temperatures and high snowfall, community organizations all over the country are struggling to keep up with the pace of calls for emergency energy assistance.

“We still have numerous applications that haven’t been processed yet, because they all come in at the same time,” says Mary Knittle, director of energy resources at the Worcester Community Action Council. Worcester, Massachusetts is now officially the snowiest city in the United States, with 107.7 inches so far this season against a yearly average for this date of 44.4. (But check for updates.)

“A lot of those people heat with utilities,” Knittle says, “and utilities won’t shut you off in the winter. So, we’re working as hard as we can to get them processed.” But the agency is out of benefits to pay those who deliver fuel, and they “probably process 100 calls a day, at least, for people who are looking for more benefits.”

According to Knittle, all the emergency energy assistance providers in the state of Massachusetts are together petitioning for additional funds. Not only have federal allocations to fuel assistance programs diminished from $5.1 billion in 2010 to $3.4 billion this fiscal year, as reflected in the following bar graph… 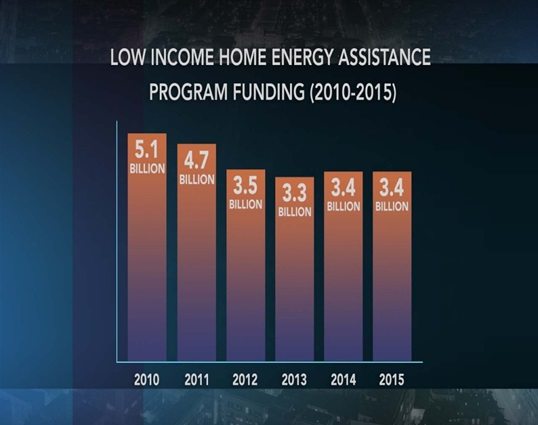 …but the peculiar hardships caused by extreme weather this winter have affected household budgets negatively in other ways. In Massachusetts, schools have been closed for several days, causing additional expenses or missed workdays for many low-income households, and in and around Boston, public transport ground to a halt for extended periods, which also had an impact on low-wage workers.

A mild December mitigated some of the past month’s intensity of need, but as Ms. Knittle said, “The federal government gives money to the state every year to help households through the coldest times of winter, and most of the households have used up those fuel assistance benefits. In spite of the fact that the price of home heating oil is considerably lower than it was last year, the price of electricity and natural gas has increased considerably.”

A report for PBS NewsHour out of Asheville, N.C., describes the quandaries of a few residents making use of fuel assistance funds:

“Jorge Londono is 40 years old and has four kids. His single-family home is equipped with an oil heater. He told us he couldn’t afford the upfront cost of having the oil company deliver the minimum of 100 gallons, so his family opted to switch on electric space heaters instead. Now he’s facing two electric bills totaling more than $1,000.

“Debra Wolf, 36, came to Eblen Charities with her mother, Jackie Henry (left). Wolf owes back payments of $417 on her utility bill. She and her four kids have struggled since her husband’s work schedule was cut from 80 hours to 40 hours each week. His hour-long commute each day means gas—along with food and utilities—are straining the family budget.”

Fuel assistance programs limit the amounts that can be drawn down per family, but as Mr. Londono’s story exhibits, attempts by families to limit expenditures can backfire—not just in higher costs elsewhere, but in healthcare and other expenses as well as safety. Although energy companies may not cut off utilities in the dead of winter, many families worry about the kind of instability that February’s reduced incomes and increased fuel costs will mean for their families as the weather gets warmer and threats of shutoffs are more imminent.—Ruth McCambridge