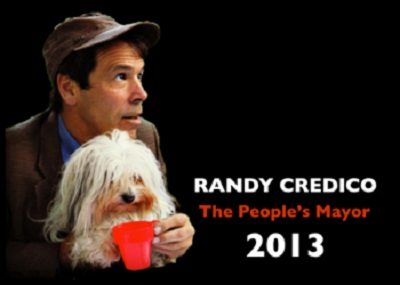 New York elections seem to bring out fringe candidates who speak some sobering truths. In 2010, Jimmy McMillan ran for governor, and he now appears to be joining the mayoral sweepstakes with a campaign pegged to his slogan, “the rent is too damn high.” People laughed at the time, except that apartment rents are extraordinarily high in New York City (and here in Washington, D.C., where this newswire is being written).

Now there’s another fringe candidate running for mayor, and he too brings a message that isn’t easily dismissed and has been of concern to many nonprofits. Randy Credico is a comedian of sorts who, like McMillan, has been running for various offices over the years, including in 2010 as an opponent to the left of Senator Chuck Schumer. He is against the U.S. drone wars, he is critical of the racial imbalance in criminal charges and sentences regarding minorities, and he has long wanted to change the state’s drug laws.

However, this time around, he is proposing that New York City collect a stock transfer tax and spend it on addressing unemployment and community infrastructure needs. A stock transfer tax is hardly an off-the-wall idea. It has been pitched both nationally in Congress and internationally and it’s been advocated by Bill Gates of the Bill & Melinda Gates Foundation. The notion of a stock transfer tax, sometimes called the Tobin tax after economist James Tobin who first came up with the idea, doesn’t seem like it would hurt the stock market, especially at the cost of 10 or 20 basis points per transaction, but the cumulative income generation could be huge.

Of course, anything that might take a penny or two out of the pockets of Wall Street traders seems to cause a panic of sorts among their apologists. Former Treasury Secretary Tim Geithner vocally opposed the Tobin tax, and in New York City, where Credico isn’t the first candidate to have suggested the idea for the Big Apple, outgoing mayor Michael Bloomberg declared it “job-killing” and former Congressman Anthony Weiner (a bit of a joke candidate himself after his sexting debacle) called it “a mind-bogglingly bad idea.”

Oddly enough, New York City actually already has a stock transfer tax. It was first enacted in 1905, but since 1981, the City has rebated it back to the firms that had to pay it. In 2012, for example, the City’s stock transfer tax nominally collected $14.5 billion, but rebated it back to traders. According to City Limits, “The tax is based on the value of the stock being traded: for stocks valued at $5 a share or less, it’s 1.25 cents per share. For stocks valued at $20 or more per share, it’s 5 cents a share.”

McMillan has a point when he says that the rent is too damn high. Credico also has a point when he suggests that enforcing and collecting a stock transfer tax already on the books might reduce unemployment and improve New York City’s neighborhoods. Although Credico can’t seem to find his way into the mayoral forums involving other major candidates, maybe he can get an endorsement from Bill Gates to boost his credibility.—Rick Cohen