Gaza, Donors and Academic Freedom: A Story of Social Media Use 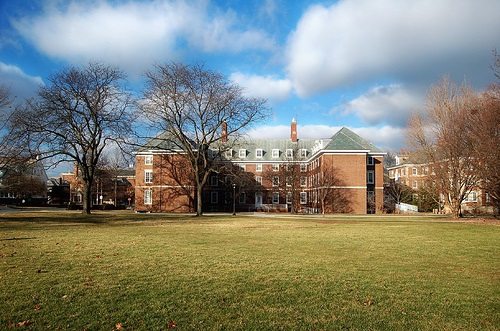 NPQ has written a great deal about the relationship between large donors and academic freedom in universities. Those articles have included this one on a donor’s large gift to a political management program and this one on a large gift from the Charles G. Koch Foundation to Florida State University to establish programs on the Study of Political Economy and Free Enterprise and on Excellence in Economic Education. So the following story from University of Illinois at Urbana-Champaign should sound somewhat familiar, although in this case it is about the threat of donor withdrawal rather that a donor “buying” a program. In the end, however, it is all about control.

After the university actively recruited Professor Steven Salaita for a tenured position in the Native American Studies Department, Professor Salaita accepted the job offer, resigned from the faculty at Virginia Tech, and relocated to Illinois, set to begin his new job in August. Shortly before his start date, however, controversy broke out, fueled by a series of Twitter posts by Professor Salaita expressing his strong opposition to Israel’s conduct in Gaza. What follows are examples of that feed.

The people of #Gaza can’t even swim to safety. #Israel not only controls the borders, but the waterways, as well.

Supporters of Israel on and off campus reacted strongly, challenging the appointment. Abraham Foxman, national director of the Anti-Defamation League, said that Salaita’s tweets “border on anti-Semitism.” Noah Feingold, a UIUC junior majoring in environmental sustainability, highlighted the unwelcoming feeling Salaita’s tweets could create among students who are supportive of Israel. “I think it’s more of an issue of civil discourse,” Feingold said. “It’s not about Judaism or about Israel, it’s about feeling safe on campus.” A donor wrote in with an unveiled threat: “Having been a multiple 6-figure donor to Illinois over the years, I know our support is ending as we vehemently disagree with the approach this individual espouses.”

In response to these protests, the university reconsidered its job offer and ultimately withdrew it as the fall semester began. This brought forth new voices, who felt the university’s action threatened the integrity and effectiveness of the school. Salaita’s supporters said the university had violated his academic freedom, which allows faculty to teach or write about unpopular views without fear of losing their jobs. The American Historical Association, one of a number of organizations that have protested Salaita’s firing, said in a letter to University Chancellor Phyllis Wise:

“Such a policy produces a chilling effect, inhibiting the full exchange of ideas that both scholarly investigation and democratic institutions need. If allowed to stand, your administration’s punitive treatment of Steven Salaita will chill the intellectual atmosphere at the University of Illinois.”

Wise defended the decision as a choice “not to hire,” via the means of not passing Salaita’s appointment to the board, rather than the firing of a tenured faculty member for his political statements. She also said, to a group of students, that although “it is absolutely critical that we raise more money because the state is gradually decreasing the amount of money [we receive]…that was not any factor in my decision.” Salaita, naturally, sees it the other way, and has since indicated at a news conference on September 9th that he is considering suing the university for denying him a position on the faculty; however, he is uncertain whether he has a solid case or will actually pursue the suit.—Marty Levine