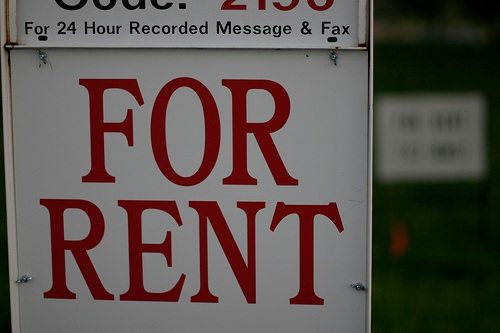 In the U.S., many nonprofit affordable housing developers will do cross-subsidization to make the lower-income portions of projects work. That means they will rent or sell some units at prices closer to market rates and use the income to help lower rental or sale prices on the affordable units. In other countries, housing is considered something akin to a social right, so the notion that government might not or can’t simply subsidize units to make them affordable makes the notion of cross-subsidization unusual and somehow controversial. In London, “the top 15 social landlords” announced a plan to build 13,000 new affordable homes by 2015, but to do so, they will also build 4,000 units as market rentals and at least 1,100 homes for market sales “at regular London prices.” Their plan is to “use the profits to fund further affordable housing.”

These social landlords are organized as the G15 and they describe themselves as “independent social businesses which work by ploughing our profits back into building new homes, improving our existing housing stock, and developing and delivering services to our residents and neighbourhoods.” G15 claims that its “strength is that we are neither part of the state nor the private sector but blend the values and skills of both.” They provide housing for 10 percent of Londoners, managing some 410,000 housing units and building another 10,000 a year. The G15 housing associations are, if we understand them correctly, basically nonprofit social housing providers supported by government and philanthropy. We examined some of the associations’ annual reports and websites and found impressive evidence of community responsiveness, tenant participation in governance, and racial, ethnic, and gender diversity.

The plan actually addresses what the G15 and others see as the development of a “Generation Rent” phenomenon: young people who cannot see their way to ever owning a home or apartment given the skyrocketing costs of housing in London (average home price of £400,000, or roughly $602,000 in U.S. dollars). The CEO of one of the associations in the G15, Keith Exford of Affinity Sutton, suggested opportunities for turning “kitemarked” rental units into ownership opportunities. By joining together in this effort, the G15 members will be able to cross-market apartments to families throughout London rather than limiting purchase opportunities for tenants within specific associations or neighborhoods.

This effort indicates that member housing associations are responding to the austerity budget measures being pursued by the British government. Those measures have given rise to increasing qualms among young people about how they will take care of themselves in the future. While homeownership is not a panacea and is sometimes clearly overpromoted, it has traditionally been seen, as the Guardian’s Mario Ambrosi puts it, as “a reliable nest egg for those who made it onto the property ladder…[that] reduced their dependency on the state for financial support in older age.”

However, the number of young people in the U.K. owning their own homes or apartments is slated to shrink drastically and, due to housing costs, the number of young people living with their parents into their thirties is expected to grow. The G15 housing associations are trying new solutions and new models of housing production. But will government take the cross-subsidization plans of the G15 as evidence that the social housing sector can sustain even more budget-cutting austerity measures? —Rick Cohen